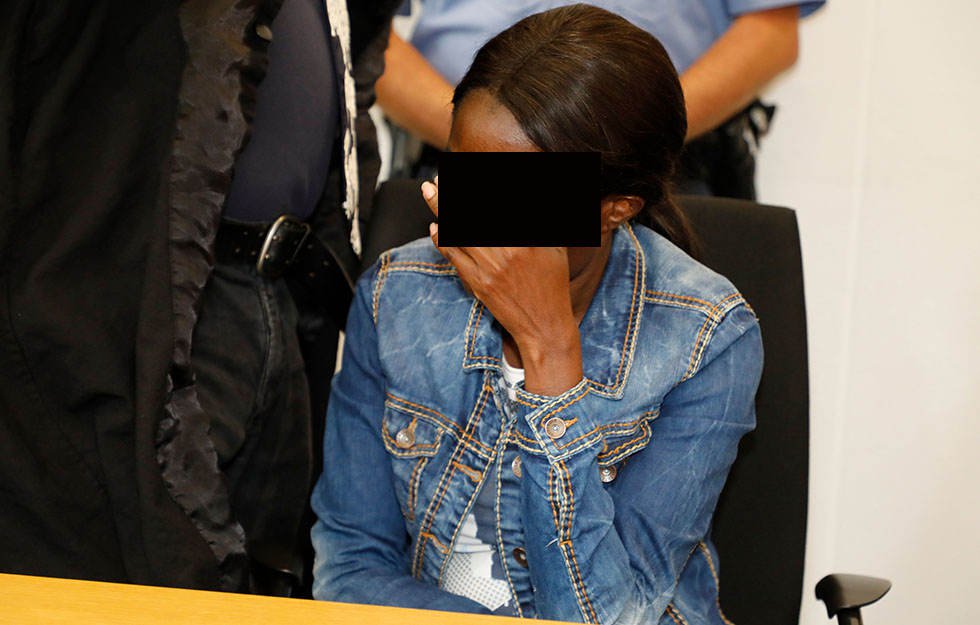 The murder trail involving a Kenyan lady accused of colluding with her ex-lover to have her husband killed has been extended further, with the judgment expected much later.

Susan A. and her ex-boyfriend, Jan D. are still in police custody after their trial that was set to end on 28th August has been extended, with five additional court days added.

The past three court days in August were quite uneventful unlike those in June and July (READ: Court Process for Kenyan Accused of Murder in Ebersdorf Continues). These past days had more of Jan D.’s friends and relatives come in as witnesses and continue testifying of Jan’s innocence. Many of whom agreed that it must have been Susan’s plan and Jan was helplessly in-love thus explaining his “temporary insanity” and alleged attempts to kill Karl-Ekkehart A. since 2013.

Susan A. on 21st August maintained her position that she and her late husband, Karl-Ekkehart A., were attacked in their home by three masked men. On being asked about Jan D.’s accusations, she said, “I never planned to kill him [her husband]. We never spoke about it [the murder]”.

On 22nd August, Jan D’s step-mother, Roswitha K. was in court in her stepson’s defence. According to her, Susan had openly spoken with friends and family and told them she wanted to get rid of her husband. “She said, she wanted to get someone to do it. But I warned her, I told her there were other ways.” but her warnings fell on deaf ears. ” But she still doesn’t want to believe it, with all her white lies. Everything will be revealed.”

Kenyan Accused of Conspiring With Her Lover to Kill Her Husband

Roswitha K. went on to tell the court that when she visited her stepson, he sounded so relieved. “Thank God, that now I’m in jail, I can be away from her. She had put me under so much pressure,” Jan allegedly told his step-mother.

Karl-Ekkehart A.’s sister, Iris M. and his bestfriend, Horst T. were in court on 23rd August with further accusations of their own. Horst T. told the court that he had known Susan since 2006 when he met her in Mombasa and that even then he knew she was bad news. “She was 22 and had an expensively apartment. I suspect she got her money working as a prostitute,” Horst told the court. He went on to claim that Karl-Ekkehart, who until 2016 worked as an assembly technician in Switzerland and earned up to 6500 euros, always complained that he was always broke. In summer 2016, Karl-Ekkehart allegedly stopped giving Susan A. money.

Kenyan Lady in Critical Condition After Violent Attack in Ebersdorf

On 12th September 2016, Karl-Ekkehart called his sister Iris M.. “He was planning a divorce, he had even found an apartment to move to,” Iris M. told the court.

On 13th September 2016, Karl-Ekkehart was murdered.

The sentencing is expected in November. Both face life imprisonment.