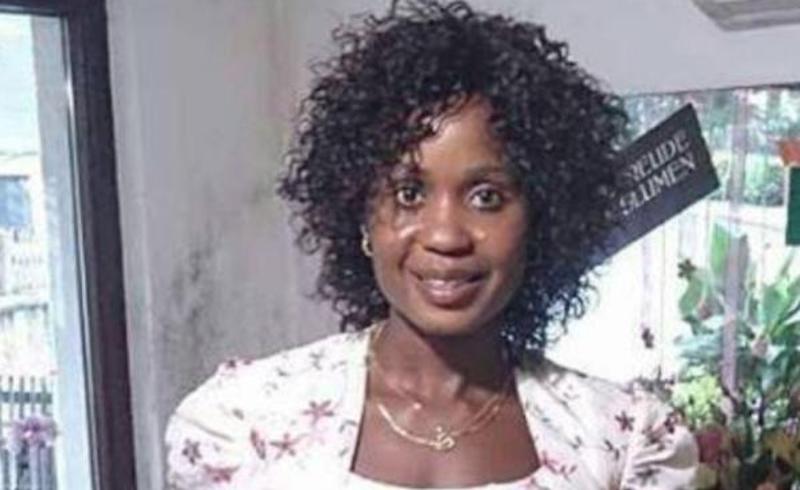 The unfolding drama in this story is what good crime fiction series are made of. The victim just turned out to be an accomplice.

Armina A, a 32 year old Kenyan lady and her husband, Ekkehart A. were attacked seven weeks ago in Ebersdorf. Her husband died on the spot, while Armina barely survived having had both her achilles tendons chopped off on that fateful night.

(READ:Kenyan Lady in Critical Condition After Violent Attack in Ebersdorf)

Thursday this week, not completely healed and still on a wheel chair, Armina was wheeled into a police car and driven to the precinct where she was booked as an accessory to the murder of her husband. How did this story get here?

A week after the attack, a 38 year old German man, Jan D. also identified as the father to Armina’s oldest child was arrested in relation to the attack. Jan’s confession also made the whole process easier and the cops were able to recover the 70cm machete used for the attack. Reports in the media at the time mentioned that Armina had been shocked by the discovery. Although she had mentioned her immediate ex-lover, father to the five month old daughter, as a suspect.

According to the police, the events on that fateful 13th night of September are not as had been portrayed. The only version the police had heard so far was that of Armina, claiming Armina and her husband had been attacked in their home by three men who came into the home wearing masks. The police however did not explain how the real sequence of events.

The police now believe that Armina was part of the attack, whether they came to this conclusion from Jan’s confession is still unclear. Also the question behind Armina’s injuries remains unanswered, did she cut her own achilles tendons? Or did she cower on the D-day and try to back out when the attack was already underway leading to Jan attacking her?

Armina’s two children were taken into the authorities custody and their location hidden.

UPDATE: The police were informed of Armina’s involvement through a confession from Jan. This however did not come as a shock as they had suspected her due to her various affairs during her marriage to Ekkehart.