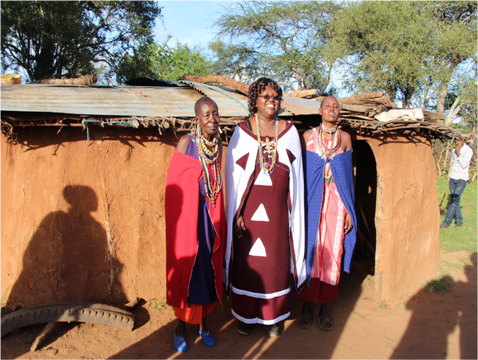 She has seen their faces, looked deep into their eyes, frizzled with the unspoken fear of the stigma and shame that comes with an intimate violation of the female body during female circumcision.

Evelyne Ogugu Brenda, who hails from the Kisii community in Kenya, where the act is practised, has touched the lives of many women and young girls forced to come to terms with the intricate effects female circumcision, otherwise known as Female Genital Mutilation (FGM).

In communities where it is practised, FGM is associated with a social and cultural requirement for girls before marriage, to ensure sexual chastity and fidelity.

Evelyne calls the women she rescues from FGM, “her girls”, she knows their courage and strength to endure humiliation. She celebrates the freedom they feel, once they get a voice to speak about the trauma they carry from the onset of the mutilation.

“They are the heroines, you know”, she tells me in an interview.

Evelyn Brenda, was born in Kisii and came to Germany to join her husband Frank Brenda, 20 years ago. The two met in Somalia, when they worked among communities that also practice FGM.

Evelyn 47, is thankful to her father, whom she says protected her from undergoing the cut, as was traditionally required in her culture. “My father always told me that one day, I will stand on a pedestal and tell people, what I have done”. (READ: Providing a Safe Haven for the “Desert Flowers”) 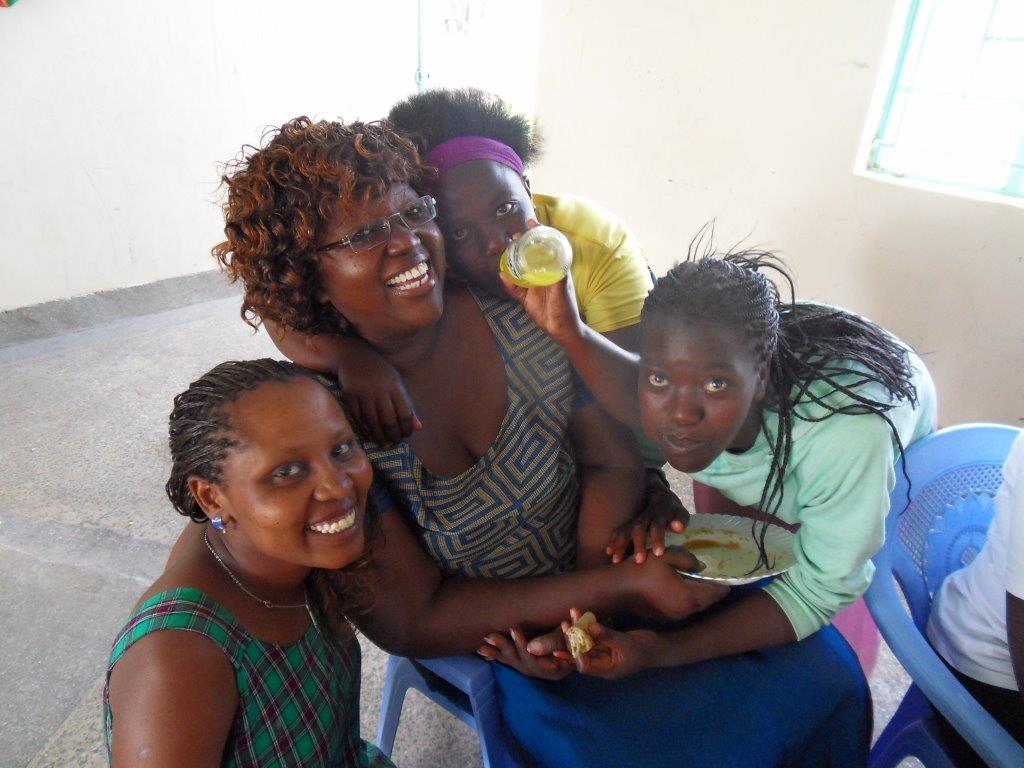 Her father’s words echo her own motivation and conviction that it will take time to eradicate the retrogressive cultural practice, but, it is possible to “save one girl at a time”.

Informed by this conviction, in 2000, Evelyne threw the first rope of hope to girls who had not been lucky enough to escape FGM. Working with the Adventistischen Entwicklungs- und Katastrophenhilfe (ADRA), she initiated the “Kajiado Rescue Centre”.

The Centre is a safe haven for girls and women who have survived FGM, early forced marriages and domestic violence.

So far, the centre has seen over 160 girls escape the cultural practice to not only get food and shelter, but also the possibility to complete their education which the Centre funds.

Evelyne says the girls were in danger of suffering associated side effects of FGM, ranging from severe pain, haemorrhage, bacterial infection and injury to surrounding genital tissues.

More so, girls in Kenyan communities of Maasai, Samburu, Marakwet, Kuria, Gusii, and Pokot where the practice is prevalent, are forced out of schools. This is because after the cut, one is considered to be a full women and is expected to take on full responsibilities that come with womanhood, which include marriage and child birth, despite the fact that some of these girls are barely in their teens. 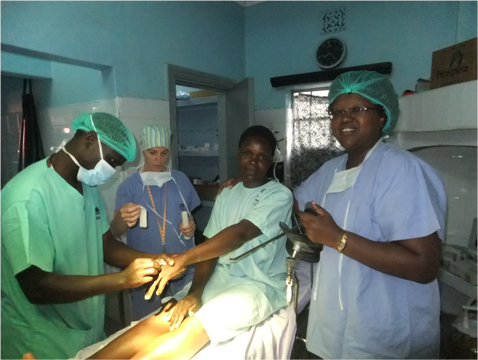 Evelyn started working with FGM survivors before she left Kenya in 1998 and was initially worried that she would not make impact from Germany.

Through contact with social and church organizations, Evelyne would soon realize the interest and positive contributions from communities in Germany after she started talking about FGM and its negative effects in public forums.

She did this to raise money to support projects back in Kenya. She works with local women leaders in Samburu, Kajiado, and Eldoret where she has launched a fistula correction project. Evelyne realized similarities in psychosocial needs of FGM survivors and women who endure birth related complications particularly those in rural community who cannot easily access health facilities.

In 2013 she met Waris Dirie, the Somalia-born former supermodel and one-time movie star. Dirie shared her experiences fighting against FGM, this time among migrant women in Germany, who came from communities which practiced FGM. Dirie was already involved in the Desert Flower Hospital Centre, named after a book with a similar title that chronicles Dirie’s experiences as an FGM survivor.

Evelyne later joined the Centre, here she counsels at the same time, helping the German health professionals understand FGM and its health implications. Every once a month, she meets with the survivors where they talk about culture, dance, and bond as a form of social support.

Her work has not been without challenges, Evelyne says that although the community knows FGM is a crime, it is not easy to give up a culture inherent within the community. For instance, it becomes difficult to apprehend perpetrators, because once the practice is criminalized, people fear to testify against their family members.

Despite these challenges, Evelyne illustrates that slowly, local leaders and police in Kenya are beginning to appreciate the negative effects of FGM, and have been able to safe the victims.

Another milestone for Evelyne was when the German statutory health insurance accepted to cover the cost of FGM’s reconstruction surgery.

Evelyne points out that the women still need psychosocial support even after reconstructive surgery, to come to terms with complex health and social effects.

She quips that although it has not been easy to bridge the cultural gap between Germany and Kenya, there is need to understand the cultural context of the family.

Evelyne is set to travel with Dr Strunz to Kenya, where they are expected to visit her projects and launch a Fistula Treatment Clinic in Eldoret which will be funded through her fundraisers and German Organizations. The health facility will have the technical capacity as that at the Desert Flower Centre.

She says the Louise Schroeder award has motivated her to continue working for the fight against FGM.