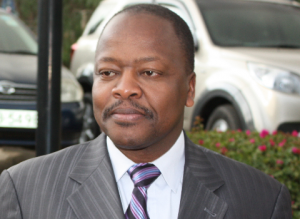 Mutahi Kagwe is the current Senator of Nyeri county, and is also the son-in-law to the late Hon. Michuki. During a visit to the US, he made an amazing statement that I’d like to share to challenge the Kenyan community around the world. As diasporans, living in a “first world” country isn’t good enough reason to be considered important. Here’s what Hon. Kagwe had to tell the diasporans.

For me, the place where you will sit as the diaspora in future administrations, will depend on the diaspora itself and I don’t want to pre-empt what the Deputy Prime Minister is going to say but I just want to say this.

The reason why we listen to Obama is because he is the president, alright. So every time he comes to Kenya, if he wants to see Kibaki, he sees Kibaki. The reason you at some point will see Kibaki if you want is because you are a successful person, so your success here in Boston or elsewhere in the United States is very crucial for yourself , it’s very crucial for the Kenyan government and is also crucial for all of us.