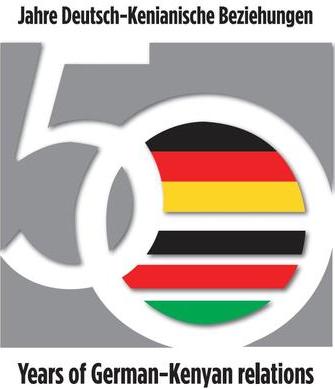 Germany was the first country to recognize an independent Kenya in 1963. Lübke’s travel to the country presented the starting point for a series of important state visits from presidents and chancellors both in Kenya and Germany.

Kenya has been privileged to call itself a trading partner with Europe ever since the establishment of a mutual, political appreciation. Mombasa, with one of the largest harbours in Africa, has become an indispensable junction for German and East African trade. Here, around 50 German companies operate in Kenya and provide more than 3500 jobs.

Furthermore, German and Kenyan relations are positively recognized in everyday life. German auto brands are especially popular in Kenya, as well as the Bundesliga, which is not just due to the recent all-German Championsleague final in Wembley. Kenya has always been a popular travel destination for Germans. Moreover, Germany is the biggest consumer of Kenyan coffee worldwide. The phenomenal Kenyan marathon runners have also been the envy of most nations who trail in comparison.

Utterly detached from western cliches about Kenya and Africa in general, Kenya’s diversity is one of a kind. On an area that almost equals France in size, one can find 40 ethnic groups who speak 50 different languages, and a landscape renown for the 60 national parks which can be explored.

In these ever-changing surroundings, the German Embassy has been a key factor in solidifying and deepening German-Kenyan relations over the past 50 years. The most important duties have been and continue to include supporting Kenya in the protection of human rights, implementing good governance and federalism. In order to achieve these goals the close cooperation with German organizations based on mutual trust has been crucial.

After roughly 50 years of independence Kenya has reached a changing point. The implementation of a democratic and federalist constitution is one of the prime examples. The German Embassy will continue to accompany changes in Kenya with resolve and integrity; as it has done in the past.