Last weekend I attended the Diaspora for Business and Development Conference held in Frankfurt. You can check out their site here. 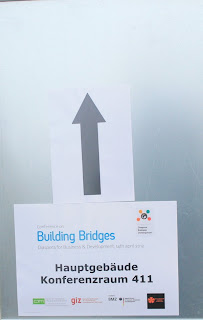 The event was refreshing a little different from all the others that I’ve been attending lately but interesting in its own way. Well one thing that was the same as many African organized events was, it starting late. It started exactly 55mins late. Some of you might be like yeah that isn’t much but just the thought that I had woken up at 4am to make it to the event right before it started at 8:30am only for it to start at 9:25am….I wasn’t smiling. Anyway, I was too excited by the promise of learning and meeting new people with interesting ideas to really take that to heart.
I’ll summarize the many presentations focusing mainly on the positive ones not because I’m an optimist (which I am) but mainly because I can’t remember those that said nothing…hehehe…of course with an event that was scheduled for the whole day, you do expect a few people to talk a lot while saying nothing, ama? Luckily though the majority were educative, encouraging, funny and some eye candy *wink. 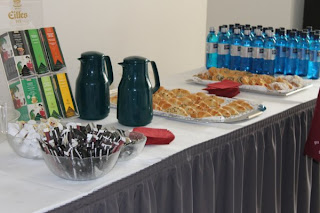 The goal of the event was mainly to showcase SMEs started by the Diaspora in their home countries as well as companies and organizations that help or support the Diaspora to set up SMEs. The diaspora here being all immigrants, and not necessarily Africans, which was a good thing. It was amazing to see that we tend to have the same issues and thoughts as diaspora regardless of our home countries.
Some notable quotes from the event:

“European SMEs are reluctant to invest in Africa despite many countries having growth rates of above 10%; this might be due to lack of contact and the language barrier but this can be solved by involving the  diaspora to help build the bridge between the two societies” – Uwe Kievelitz (CIM)

On being asked how someone can tell the right SME to work with to bring development in our home countries because some have been discovered to be bogus, Ronald Lucardie replied

“Some of us leave our home countries because of problems but when we move, we end up causing problems to those we find in the new host countries” – Peter Kiruthi (Mister Seed)

“You are an ambassador for your country, family, and community” – Peter Kiruthi (Mister Seed)

“Africa is complex and complicated and most SMEs in Europe don’t have enough time and money to invest in trying to understand the African market. There are larger and simpler markets to invest in rather than Africa” – Dr. Hans Peter Merz

“You can not do business in a vacuum, politics provides a framework in which to carry out successful business” – Anthony Otieno (Extra comment to Diallo)

Was going to add more quotes by Mister Seed then I thought it would be better to just have a paragraph to talk about his presentation. Most of us know him from his website, check here or from his involvement with Kenyans in the UK. He moved to the UK in the early 90s with his family; and he shared about the success of his children, who are academicians with most having set up families already. He touched on a topic we rarely discuss as diasporans and that is about taking care of your family and making sure they grow to become responsible people in the society, most of us on moving here we are too busy looking for money, working numerous jobs and we  forget to check on our kids’ progress socially, and in school. 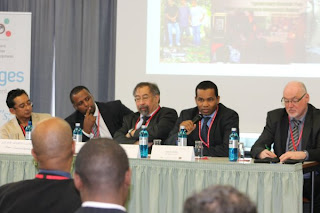 He also spoke about us always sending money back home for food instead of encouraging those we are sending the money to, to be innovative and invest something for their own development and future because “We can’t help forever”. He likened our sending money to a big pot with a hole, you keep sending but the pot remains empty. Even when you are helping an organization, you have to bring this issue up, charity organizations have to be self sustaining and have a plan for development. Finally he encouraged us by reminding us that we should be helpful to others because all have something to offer, to this he shared the story about the prisoner who helped his father dig the land by pretending to the police that he had buried bodies on the land.

DID YOU KNOW: Mister Seed’s name comes from him always telling people that everything you do is a seed you are planting; and you shall reap what you sow? 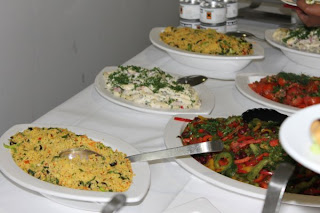 Other than Mister Seed someone else worth noting was James Ofwona, a Kenyan based in Poland. He moved to Poland to study Agriculture in 1986, and through his innovativeness, he started Tricomp (check here) an IT company that initially taught people how to use computers in the early 90s that has overtime grown and ventured into construction and is now building hotels in Juba. He started out working as a gardener in Kiel during the holidays, to an IT expert and an entrepreneur; he didn’t know much of what he was doing and kept trying something new which ended up as a new investment deal. What he didn’t say but I got from him was “Keep learning and take risks”, if you want to be better than the rest and do something others haven’t been doing, learn something new and take risks. A good point worth noting especially to those of us that consider completing school as the end of learning and also to those that only keep to their comfort zones….
Companies worth noting would be the Diaspora Business Center (DBC), Holland (check here) that has helped many diasporans (from Kenya, Ghana and Somalia) to set up SMEs in their home countries as well as connect them to contracts.
Other companies of interest are: (Click on more to visit their websites)
And by the way, those using eduroam for your internet, it actually works all over the EU….hehehe…I had my doubts but it actually worked when I was in Frankfurt with my usual uni login details. 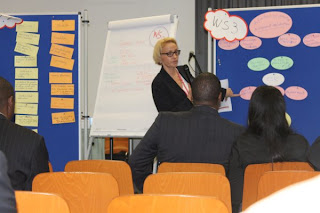 I’ve not gotten around to reading all the literature I collected at the event but stay tuned, I’ll post the interesting findings here. The Ethiopian community will be organizing an investment/business forum in Cologne later on this year, the GEECON….details coming soon. 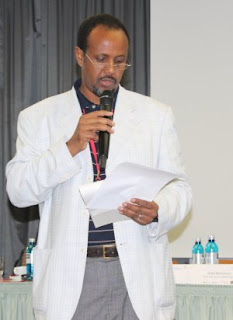 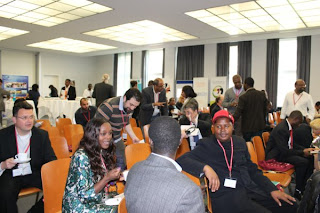