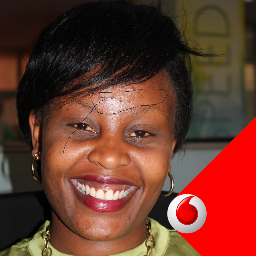 Vodafone through its program “Being Vodafone” tries to have employees of the company tweeting about their experiences at the company and of their views on life.

Hi. I work for Safaricom-Kenya-the home of M-PESA as the PR Manager. I am excited to be here.

This month saw Vodafone hand the tweeting reigns to a Kenyan from their daughter company Safaricom. Ann Nderi who works for Safaricom in Nairobi as a PR- Manager has been tweeting the whole month under the name @being_Vodafone. The twitter profile will be handed over monthly to other employees from different Vodafone companies around the world.

Below some tweets by Ann.

IQ will open doors, EQ will get you up the stairs

Hilarious Origin of Names of Towns and Locations in Kenya http://t.co/iLTh59iZ4t via @KResearcher