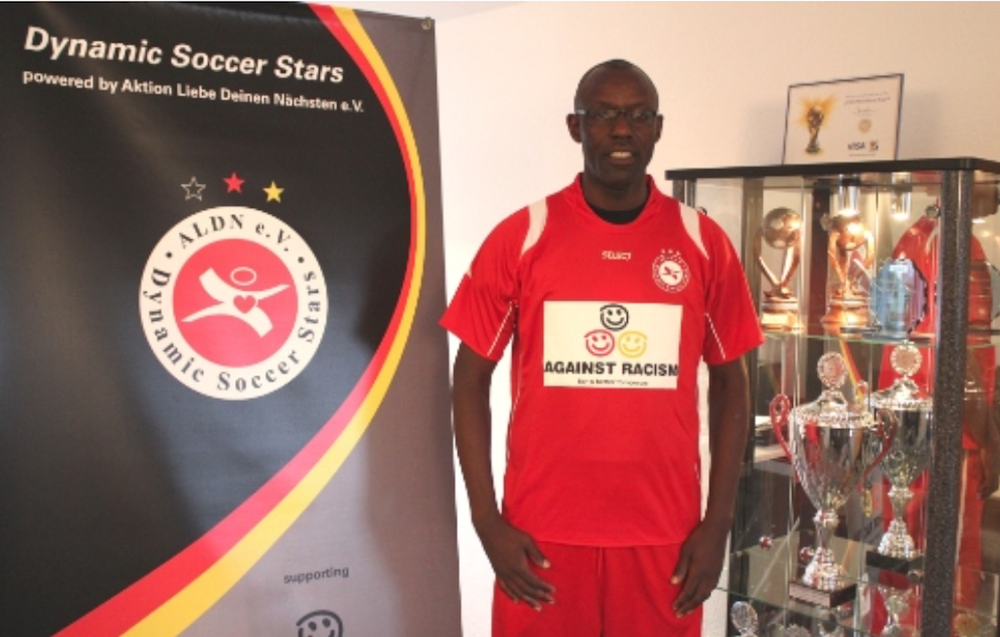 Musa has played 150 times in Kenya’s national football team and currently works as the co-trainer for the current coach. Muse’s star shines bright on the African continent as well as around the world. In 2007, he was named one of the 100 Most Influential Kenyans and best player in the South African League. In 2008, he was part of the USL-2 National Champions in the USA.

Musa is however not foreign in the non-profit organisation circles, he runs the Musa Otieno Foundation and is one of the partners of the „Kick off to Hope“ (AzH). As a member of the Dynamic Soccer Stars, Musa joins former footballers, celebrities, professional sports people, to work in the „Against Racism – for a better tomorrow“ Campaign. The campaign is run by the „Aktion Liebe Deinen Nächsten e.V.“ (Love your Neighbour), an organisation that aims to fight against racism in sports.

Some of the other members include: