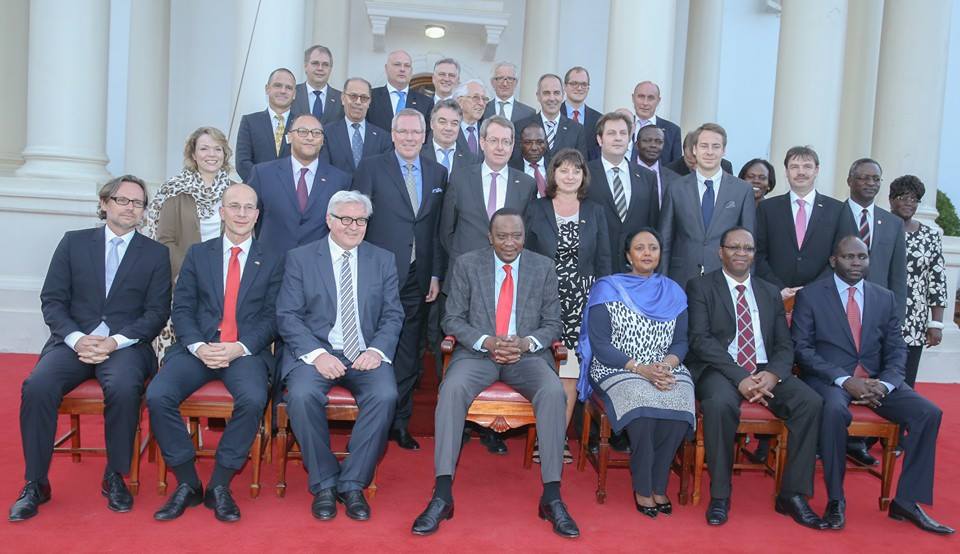 A week after German parliamentarians and a little over 2 months after former President Horst Köhler were in Kenya, last week was the German Foreign Minister, Frank-Walter Steinmeier’s turn to enjoy what Nairobi has to offer.

The German Foreign Minister who was also visiting the Democratic Republic of the Congo, and Rwanda, passed by Nairobi accompanied by a high-ranking delegation composed of CEOs from German companies as well as prominent personalities from Germany’s cultural scene.

Top on his agenda was to meet with the Kenyan President, Uhuru Kenyatta, whom he paid a courtesy call at State House. In the meeting, President Kenyatta pointed out the close relations between the countries and expressed his hope that there would be further cooperation.

“We are focused on where we want to go, what we want to do and how we go about it. There is good cooperation between the two countries. We have benefitted a lot from German institutions,” the President stated at the meeting. 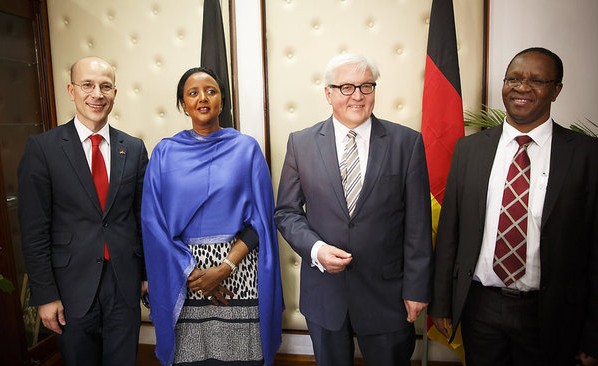 The President assured the German minister that East Africa’s large regional market provided new areas of potential interest in trade and investment and that the Government would enhance and deepen the ties for the mutual benefit of the two countries.

The Germany minister said he was in the country partly to change perceptions of Africa as a continent of crisis.

Steinmeier held meetings with the Kenyan business community to build business-business partnerships and got to visit the Kuona Trust, where he got to interact with Kenyan artists.

During his visit, the Minister also got to launch the Humboldt Forum at the National Museum in Nairobi. The Humboldt Forum is a centre for art and academic exchange which is currently being built in Berlin. Its objective is to bring together cultural scenes from all over the world and thus contribute to increased exchange.

Part of the Minister’s delegation included: Tom Tykwer, best known for Nairobi Half Life, Something Necessary and Veve, which are all Kenyan movies that have toured Germany in the last three years; Presidents of Goethe Institut and the German Academic Exchange Service (DAAD).

The visit was also a reciprocal visit of Amina Mohammed, the Cabinet Secretary in the MInistry of Foreign Affairs and International Trade’s visit to Germany last year.