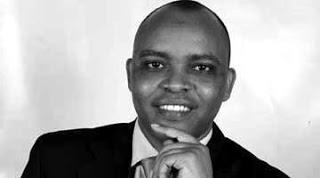 Jaffer Isaak Sora Kanu  is set to be interviewed on the KPV Radio during an online community discussion on Diaspora voting scheduled for January 5, 2012, 4pm (EST).Mr. Kanu, who is a member of the Kenya Diaspora Leadership Assembly (KDLA), filed a petition in the High Court soon after the IEBC announced that Kenyans in the Diaspora will not be voting.
On Monday December 31, 2012 the Diaspora case won a small victory when Judge Machanja was forced to disqualify himself from further hearing the case. Justice Machanja had presided over the previous Diaspora case which he dismissed on November 15th. The Diaspora is being represented by veteran human rights advocate, Dr. John Khaminwa.
A ruling is set to be made on the Diaspora case on January 11, 2013.
KDLA, which is the globally-elected Diaspora representative body has fully embraced and endorsed the present case. Mr. Kanu who has lived in the UK for many years has also been running for president in the 2013 elections.
How You May Participate
You may listen to the discussion at the KPV Website http://kenyaprogressivevoice.org. During the show, (if you are not a panelist) you may type your question on Skype or text at 904-418-2608. Then wait for the host to add you into the discussion. Dr. Khaminwa may also call in to the show. Other lawyers within KDLA, including UK-based John Mugo, will also be in the panel.
About KDLA
Kenya Diaspora Leadership Assembly (KDLA) is the first globally elected representative body for the Kenyan Diaspora. The Assembly has identified nine projects to be implemented in Kenya and the Diaspora. The first one being Home Link Services for Kenyans Abroad (Holiska) http://www.holiska.com, which also has an e-commerce section called Diaspora Duka http://diasporaduka.com. KDLA is the leadership wing of the Kenya Diaspora Development Collaborative (KDDC).
Share with friends: