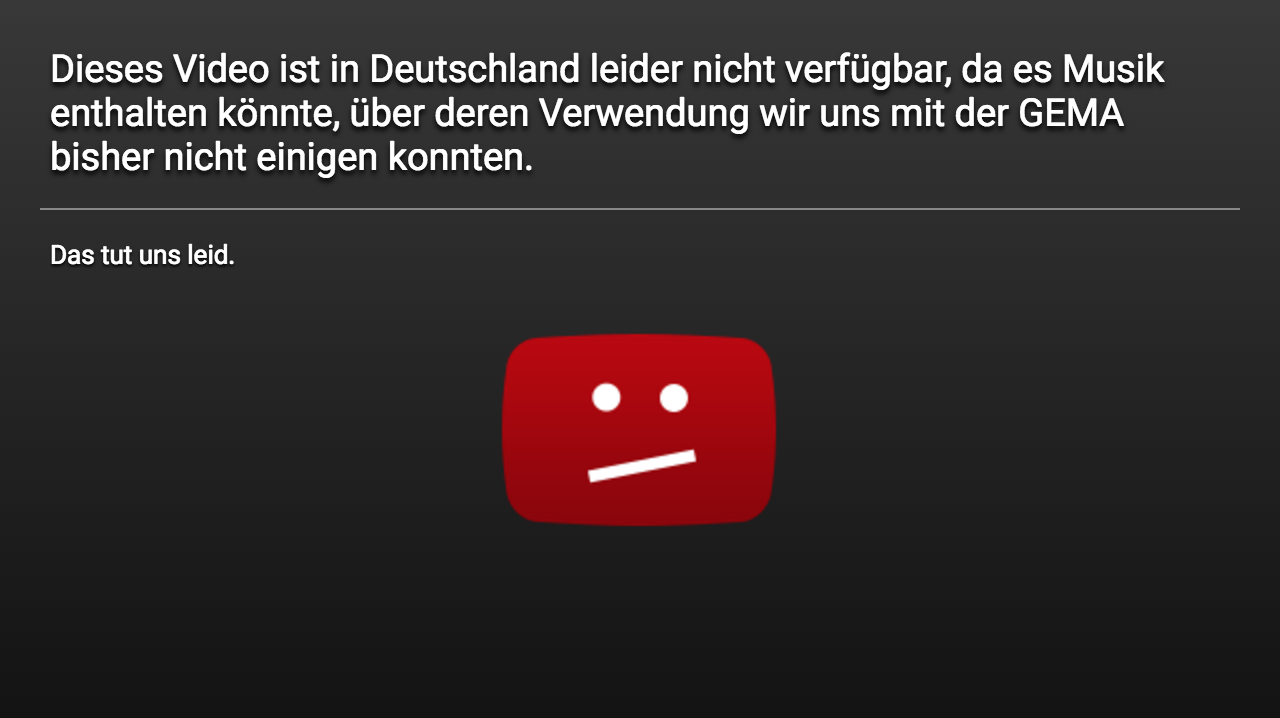 “Today is a big day for music in Germany,” YouTube said on its official blog. “This is a win for music artists around the world, enabling them to reach new and existing fans in Germany, while also earning money from the advertising on their videos.”

We’ve all faced the issue of seeing a new video being discussed on blogs only for you to go check and find it has been blocked by GEMA. For Kenyan videos you might have noticed it on Sauti Sol videos especially Nishike 🙁 , Churchill Show videos on their official Youtube Channel, also some Woman Without Limits and numerous other Kenyan videos. Well, worry no more because after this GEMA-Youtube deal, you can watch all the Nishike and Shake your Bam Bam you like.

YouTube’s Christophe Muller said: “We are extremely pleased to have reached an agreement with GEMA to help their members earn revenue and to enable new musical talents to emerge.

“YouTube has evolved into an important source of promotion and revenue for musicians and we are pleased that GEMA members will benefit from their creative work on YouTube.”

The dispute began in 2009 when GEMA and YouTube were unable to reach agreement on a fee-per-stream for music videos, with GEMA – a private, for-profit organisation – attempting to raise the fee to €0.01 per stream.

In 2010, GEMA sued YouTube for distributing copyrighted material without permission. In 2012, a German court held that YouTube must install software to prevent users from uploading GEMA content. In January of this year GEMA unsuccessfully sued YouTube for €1.6 million in damages.

The agreement signed Tuesday means that about 70,000 musicians and songwriters represented by Gema will get paid if their content is watched on YouTube, Gema said in a statement. The deal may enable YouTube to introduce its Red music and video subscription service in Germany, which the agreement also covers, Gema said.

The deal means YouTube will unblock thousands of clips in Germany for the first time in seven years.

PS: Videos restricted by the owner to a specific country will not be affected by this change.