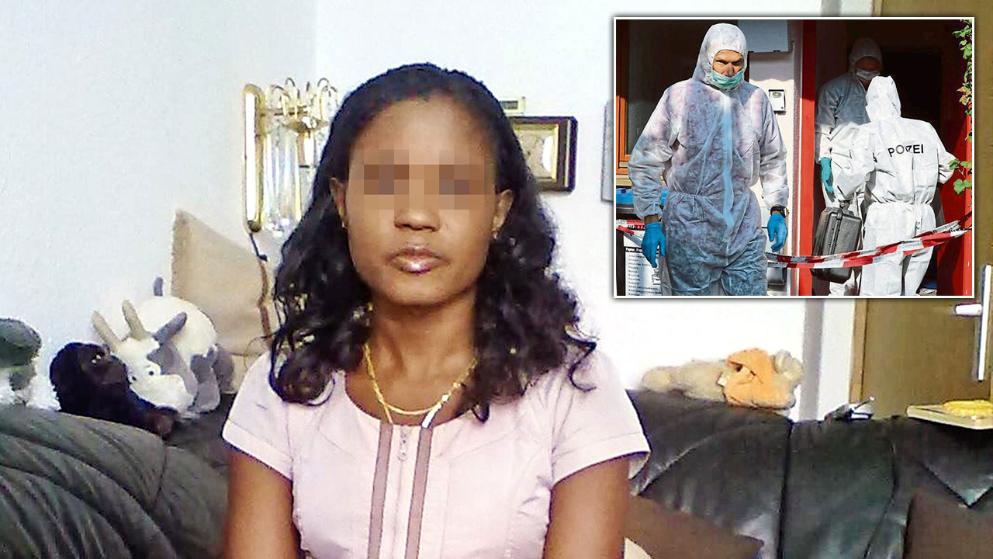 Investigations into the attack in Ebersdorf is bearing fruit with the very first suspect having been arrested last week and currently in police custody.

The attack that took place on 13th September, left the whole of Ebersdorf rattled. Armina A. and her husband Ekkehart A. were found in their home by three men and attacked. Ekkhard lost his life by having his throat slit while his wife had both her achilles’ tendons chopped off. (READ: Kenyan Lady in Critical Condition After Violent Attack in Ebersdorf)

Investigations into the matter have revealed one of the attackers was much closer to the couple that earlier suspected. According to news reports, 32 year old Armina A. though married to 58 year old Ekkehart, she had been involved in several affairs that resulted in her two children. After the attack, Chemnitz newspaper, MOPO, had written a piece alluding to Armina’s most recent ex, the father to the 5 month old daughter, as the main suspect.

However, last week Wednesday when the criminal police paid the man a visit at his home in Lichtenwalde for questioning, the man identified as Jan D., was quick to confess even before questioning began. The criminal police were able to find the weapon used on that fateful night at a dam in Zschopau in Braunsdorf.

The news were shocking to Armina, as she revealed to BILD, that she had spoken to the man before the attack and he had even visited her and taken care of the children. “This is all so shocking. Jan had visited us before the incident and we sat outside in the garden as he played with the girls. He was so caring and loving to the girls. I don’t understand this”, Armina said, when she found out that Jan had been taken into police custody. “I spoke to him earlier in the week and everything seemed normal”.

Jan who is said to be very social had spent the day after the event with friends going out on a drinking spree.

Armina had told BILD that someone had been threatening her husband and had promised to kill him. The name Armina revealed was not made public, but the interview was done before Jan had been arrested.

Right after Jan’s arrest Armina also mentioned her immediate ex-lover, father to the five month old daughter, as a suspect. She says she had promised Ekkehart to stop the affair with the man, a decision he was not pleased with. The man had then continued to threaten Ekkehart and had promised to kill him.

The state prosecutor does not believe that Jan worked alone and the investigations are still on going to find out who the other accomplices might have been.

“There were three men wearing masks. I don’t know where they came from, but they suddenly appeared behind our sofa and attacked Ekkehart. With the masks on, I wasn’t able to recognize Jan, but everything happened too fast”.

Armina and her daughters are under protection and living in a secret location.

Some reports place the youngest daughter as a year old, while others have placed her as five months old. Mkenya Ujerumani was unable to independently place the age.

Kenyan-German “Artist” Accused of Conning People in the US