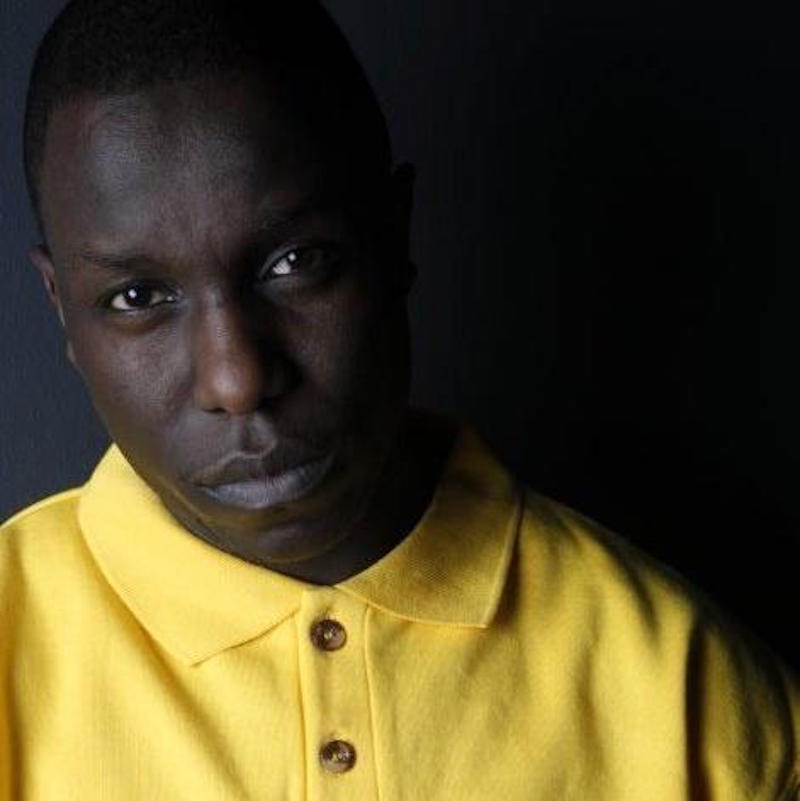 Well known around Europe for his innovative show, “Surprising Europe”, that was aired on Al Jazeera, Nelson Muriuki aka K-Nel has made a name for himself. However, not everyone knows him for the show, others have known him socially as a DJ living in Cologne and later as an entrepreneur.

Claims of Nelson being a con trace way back to the start of his renowned trademark, Anglohili. Rumour has it that he conned the graphics designer (a very well known Kenyan from Bonn) of the graphics. Nelson went ahead and registered the company under his name in the UK without giving any credit to designer of the Anglohili logo (who was his partner in the venture). 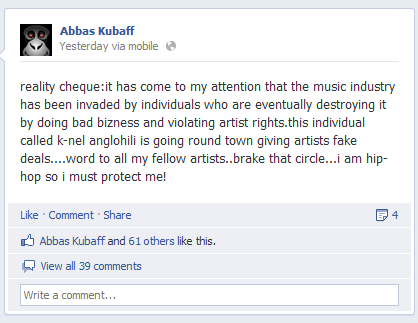 In 2012, Nelson brought well-known Kenyan artist, Abbas Kubaff, to Cologne, only to send him back to Kenya without paying him a penny for his work. Abbas posted several posts on Facebook bashing K-Nel and accusing him of being a con, an issue that made it to Kenyan entertainment sites like Ghafla!.

In 2013, a Kenyan woman, Jenny, was found dead in her home in Cologne. At the time accusations were made by some Kenyans from Cologne against Nelson for extorting money from Jenny’s father and siblings, who had come to Germany to finalise Jenny’s journey. 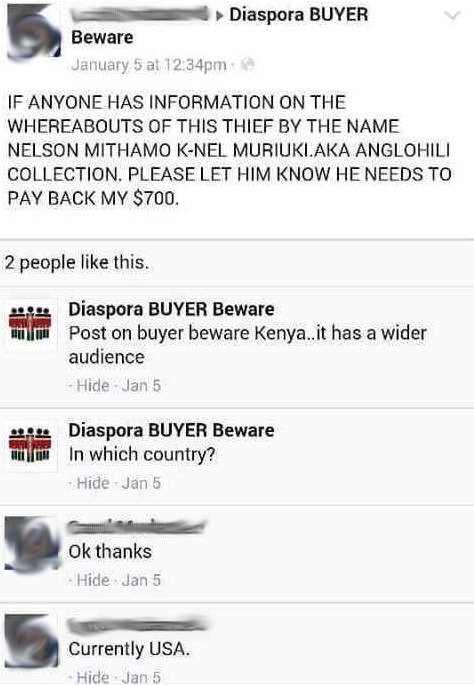 Since starting his Anglohili line that sells everything from t-shirts, hoodies and even tablets, there have been accusations of K-Nel failing to deliver merchandise to clients or refusing to refund money once clients changed their minds about having his items. Fortunately, the Kenyans in Germany have always complained about Nelson’s activities behind closed doors, which can’t be said of the Kenyans in the US.

This last week, Nelson who has since relocated to the US, has found himself on the receiving end after Kenyans from around the US have gone up in arms accusing him of trying to con them in the name of helping “victims” in Saudi Arabia. Nelson went on his FB page claiming to be handling an issue involving a Kenyan lady enslaved in the US. In his usual style, he kept people up to date on what he was doing but was unwilling to give the exact details or allow Kenyans living in Saudi to intervene. He claimed to have called the Kenyan Embassies and “demanded” they get involved. (Same thing he did when Jimmie James was attacked in Berlin.)

Those following the incident cried foul when Nelson opened a “Go Fund Me” page, claiming to need $3,5000 to pay the lady’s employer in Saudi to secure her release. It didn’t help matters when Nelson decided to insult some Kenyans in Saudi when he dismissed one of the guys for  just “being a Truck driver” thus can’t be able to help or isn’t worth commenting on the matter.

Evidently, the US isn’t like Germany and to end this with K-Nel’s words, “Be informed before you come and all that glitters is not gold.”