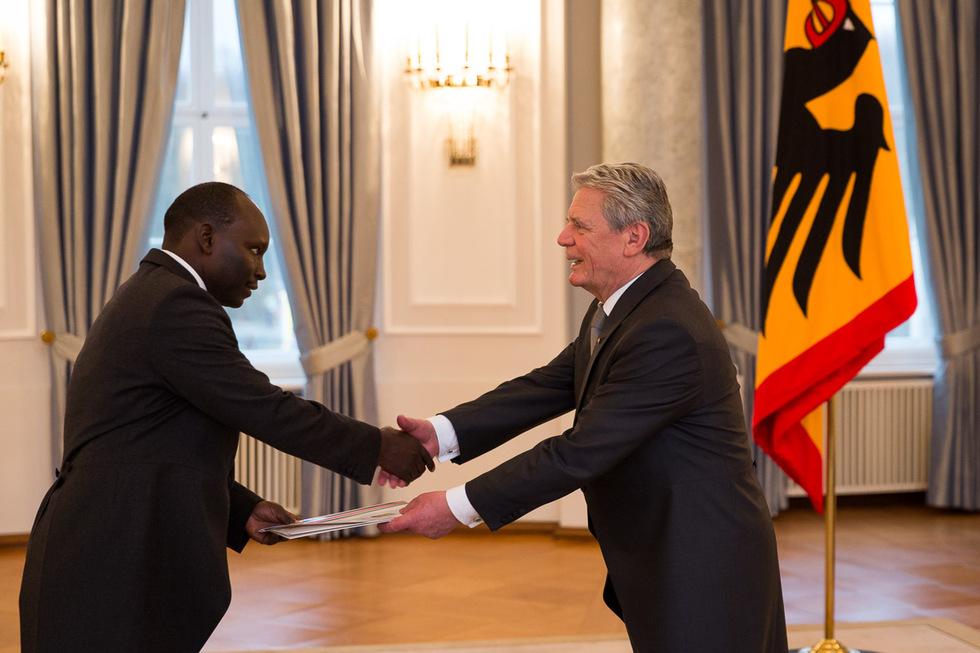 We now officially have an Ambassador!

The new Kenyan Ambassador to Germany, Joseph Magutt, last week Wednesday got to present his credential to the German President, Joachim Gauck. 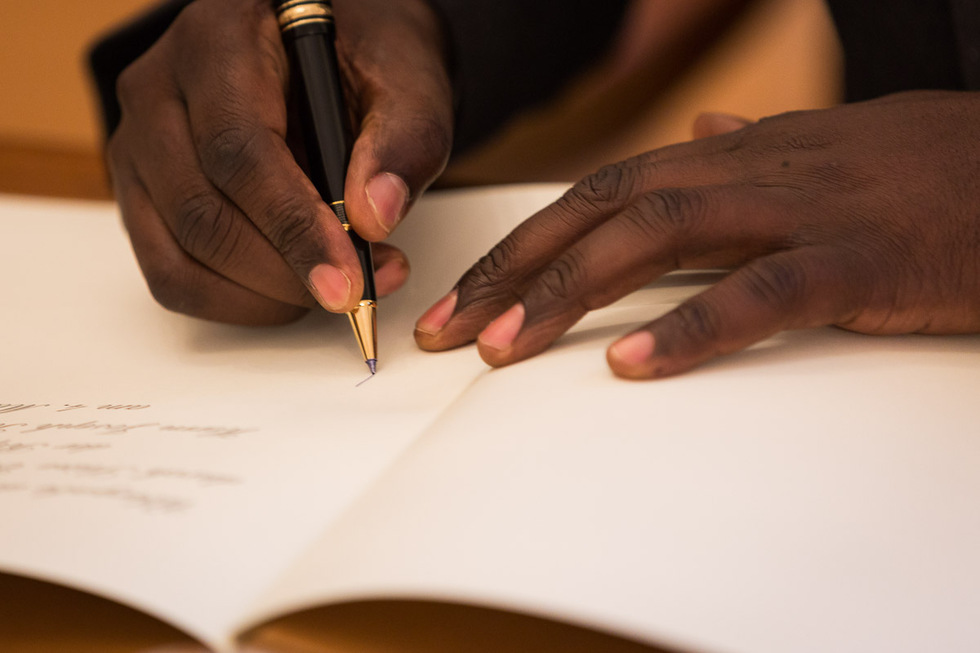 The ceremony that was held at the President’s official residence, the Schloss Bellevue, took place on the 4th of March. Escorted by police escort, the Ambassador and five officials from the Embassy were welcomed by officials from the Chief of Protocol’s office in the Federal Ministry of Foreign Affairs and a representative of the Directorate-General of Foreign Affairs in the office of the President. 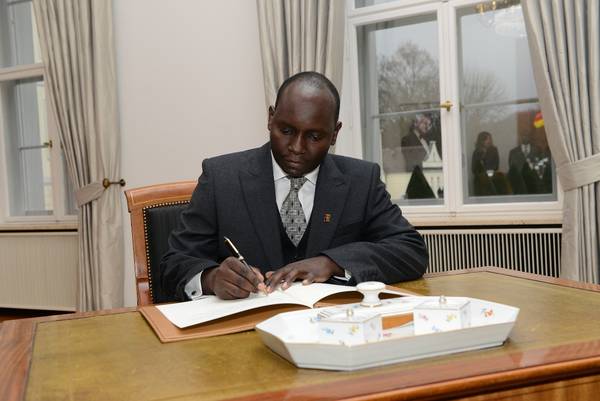 Military honour was paid to the visitors by the Federal armed forces, before proceeding to sign the guest book. 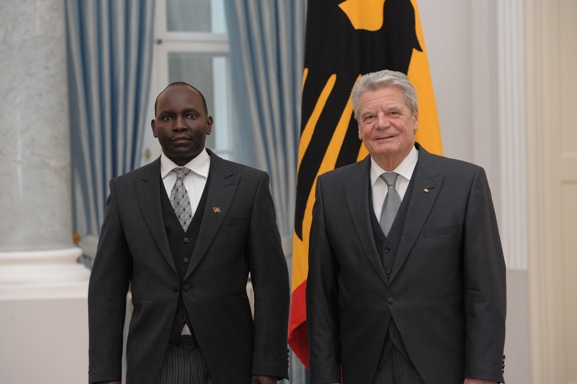 Although the Ambassador reported for duty at the Kenyan Embassy in Berlin in January this year, he could not represent the Kenyan president and government in Germany until presenting his credentials. It has taken close to 3 months for the event to take place, and though it might be a normal delay, it’s worth noting that late 2013, there were accusations of Uhuru Kenyatta snubbing the German Ambassador in Kenya. (Read: The Cold War Between the Kenyan and German government) Accussations that were later denied in an official statement by the Kenyan Embassy in Berlin (Read: There’s NO war between the Kenyan and German government.)