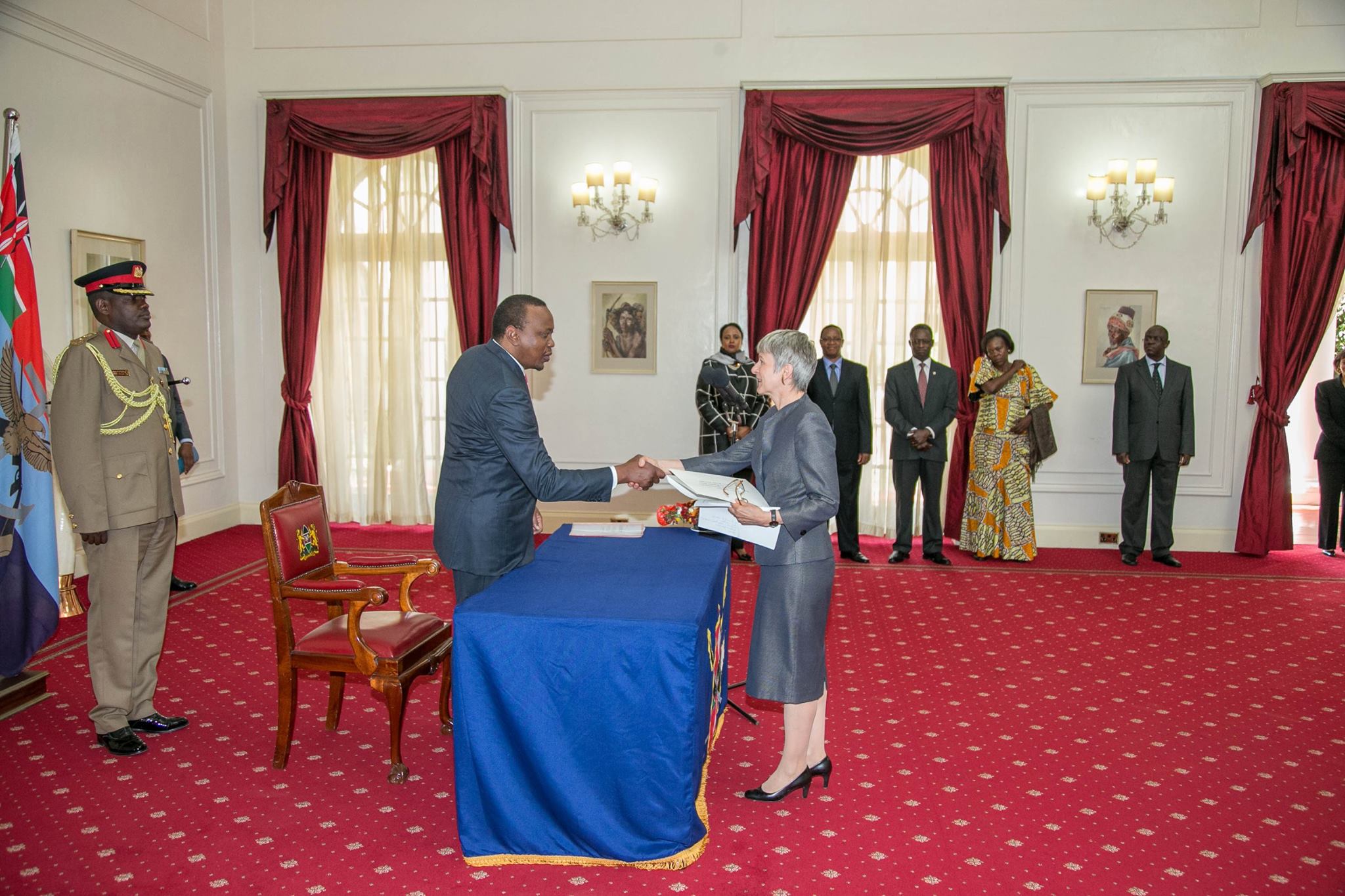 During the event, Amb. Frasch reiterated her commitment to Kenya-German relations. “Kenya and Germany have long standing and very good relations and we are determined to develop them further,” she said. 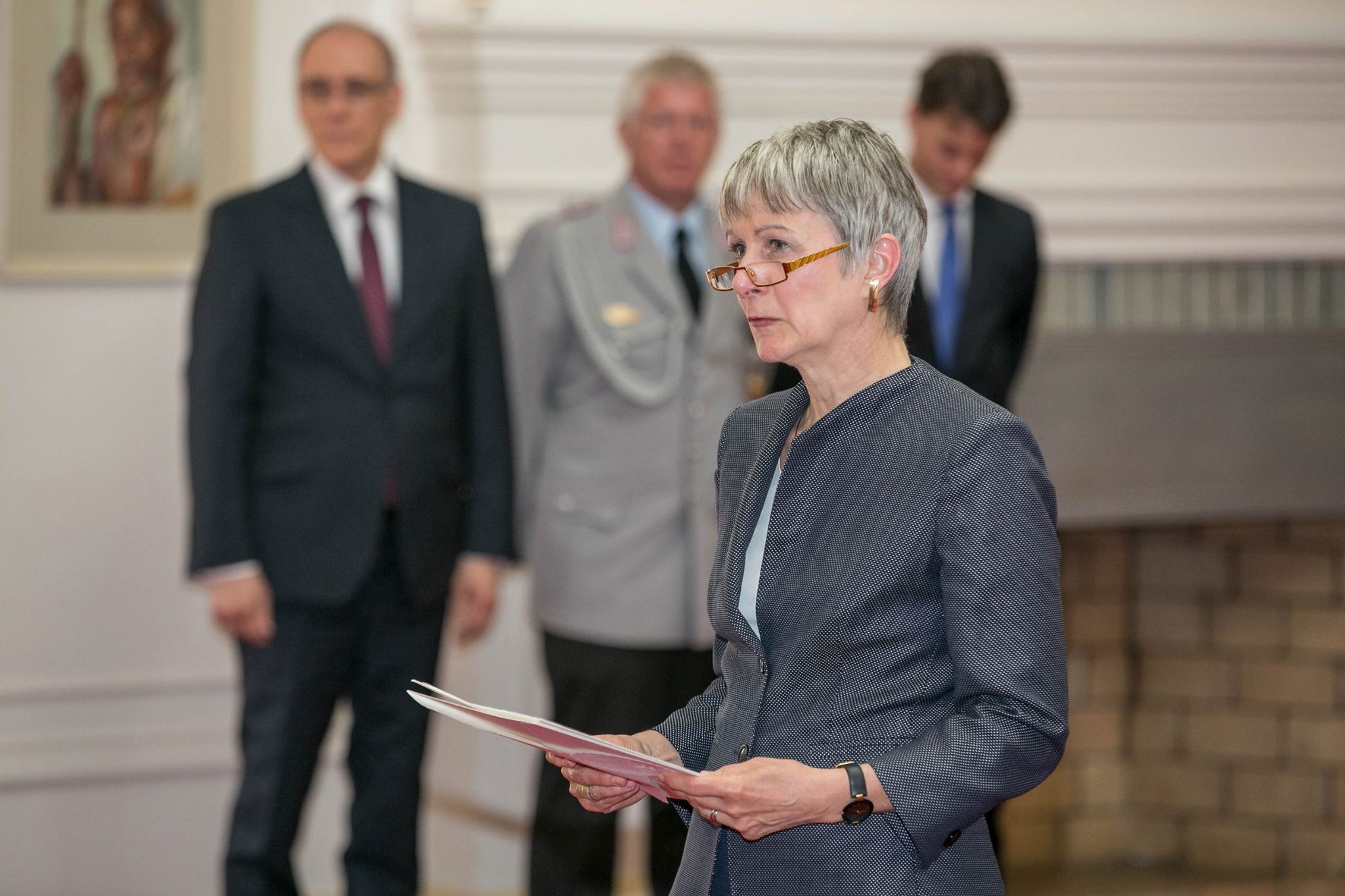 In her speech at the event, she mentioned three major partnership areas she plans to focus onhelping Kenya fight terrorism and strengthen trade ties between the two countries.

“I am committed to further strengthening the economic ties between our countries. I firmly believe that private investment and trade are driving forces of economic development, employment and prosperity”, she said about economic partnership. 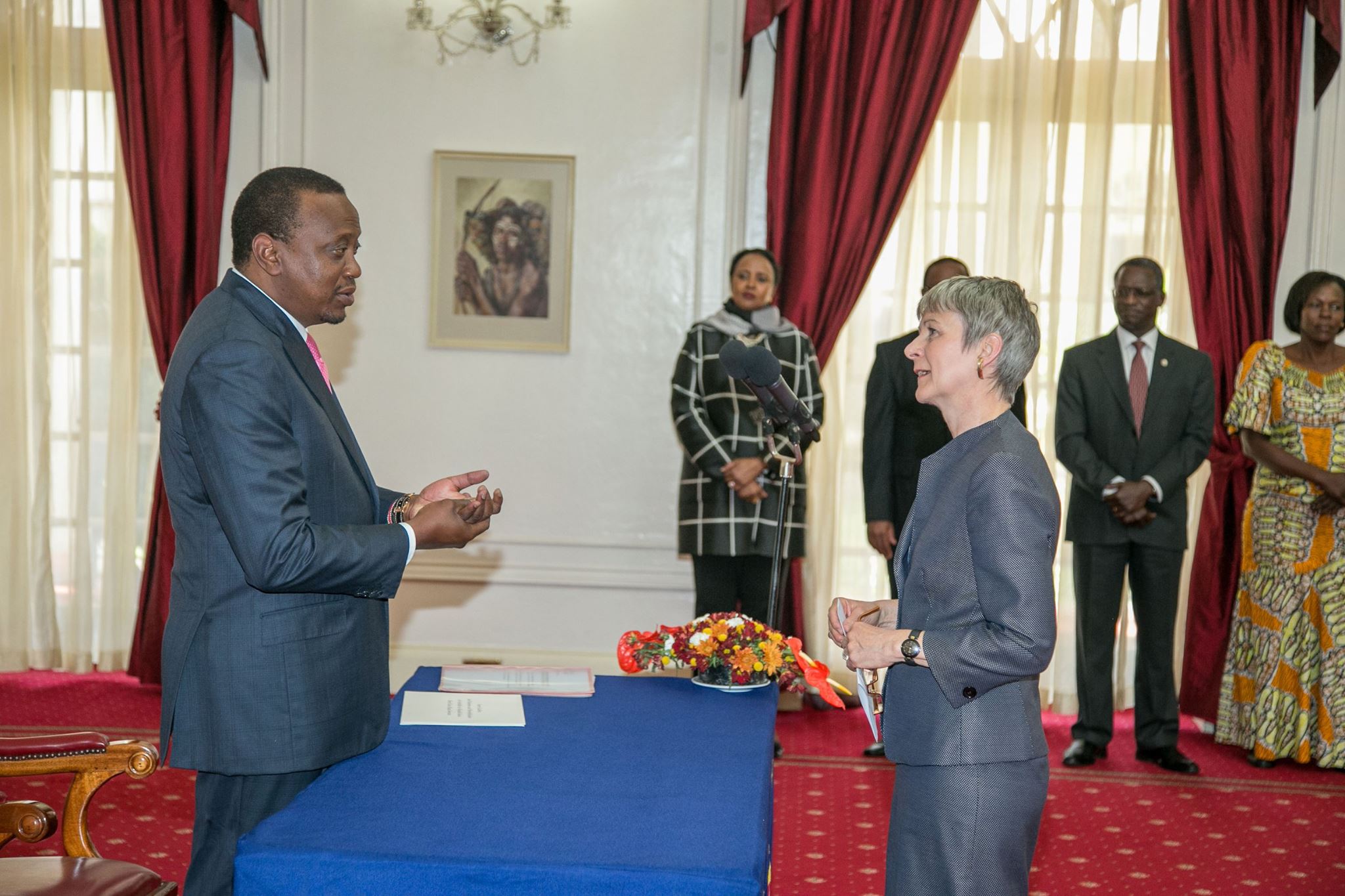 “Germany will continue to work closely with Kenya to improve security and to counter the serious threats and dangers posed by terrorism we have seen in recent times”, she added on the fight against terrorism.

At the event, President Kenyatta also received the credentials from Suchitra Durai, High Commissioner  of India and Ambassador Kwon Young-dae of Korea. 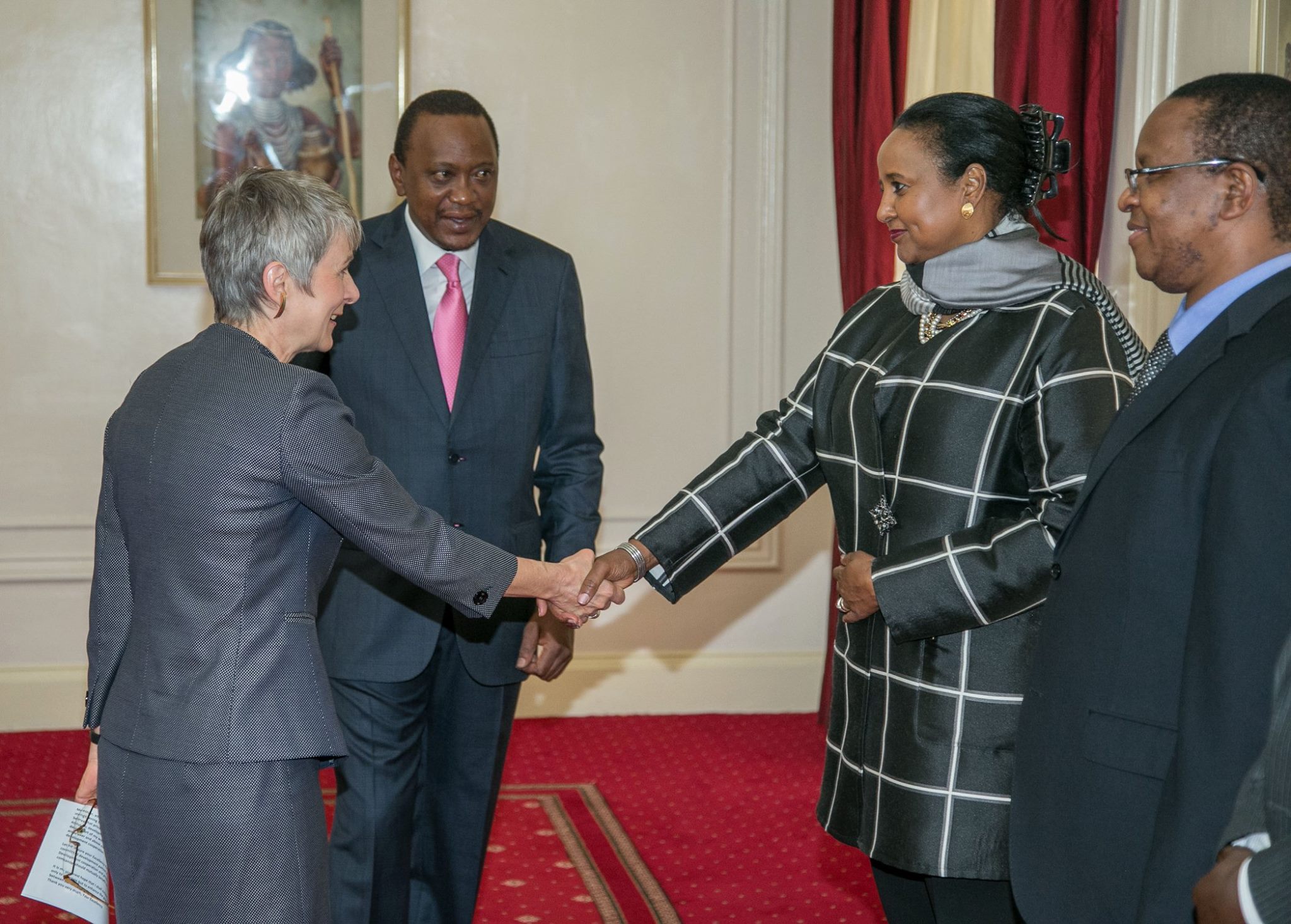