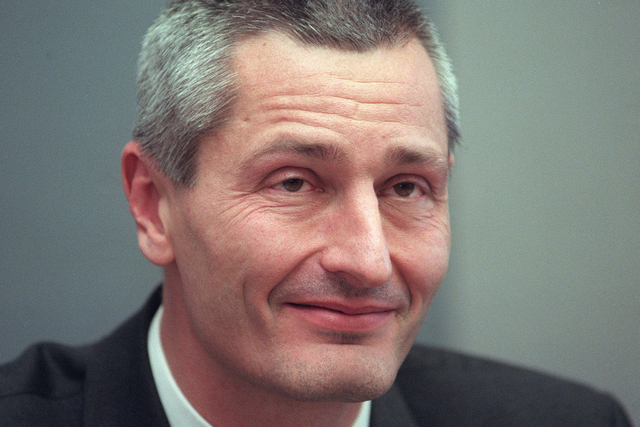 High ranking Swiss diplomat and former Swiss Ambassador to Kenya, Jacques Pitteloud, can’t seem to walk away from drama from his last posting in Kenya (2010 to 2015), after the Swiss Attorney General’s office instructed federal police to investigate him.

Jacques Pitteloud’s bribe allegations started in 2014, when Deepak Chamanlal Kamani, a controversial Kenyan businessman known for his involvement in the Anglo Leasing scandal, took him to a Kenyan court. Mr. Kamani, who is under investigation by Swiss and Kenyan authorities over suspected money laundering and irregular dealings, claimed Pitteloud demanded a $55 million (Sh5 billion) bribe from him to have the investigation dropped in Switzerland.

Pitteloud told Kenya’s Business Daily, that the money was not a bribe but a settlement to help Mr Kamani avoid prosecution for offences arising from irregular contracts between the tycoon’s companies and the Kenyan government.

In May 2015, the men filed a complaint with Swiss authorities. The Federal Criminal Court, in Bellinzona, agreed to hear their appeal on grounds of alleged coercion.

Now Swiss Media this week reported that Switzerland’s Office of the Attorney General authorised the Federal Department of Justice and Police, known as Fedpol, to investigate whether Pitteloud used “coercion” in an alleged bribery scheme in Nairobi involving two Kenyan businessmen. The reports did not mention who those businessmen are.