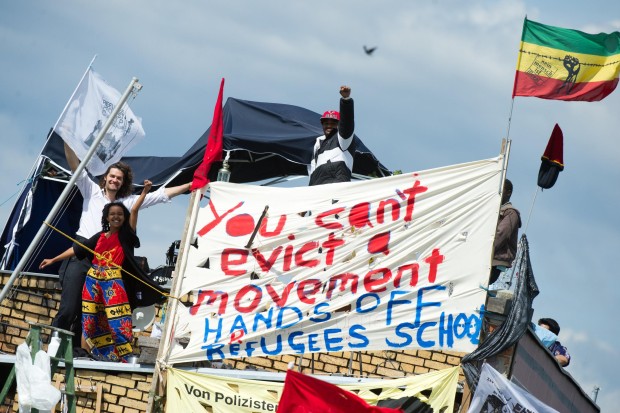 There is a crackdown on the asylum process in Germany and this is set to make the process more stringent and the deportations more sporadic. Recently, a Kenyan asylum seeker tried to restrategize his target. He first applied for asylum as a homosexual when his application was denied and in an attempt to find another way out, decided instead to get married to a German woman.

Apparently, the man first applied for asylum with a different nationality and after 2 months, his application was denied. The authorities later discovered he was Kenyan and requested he leaves the country voluntarily within 14days.

He accepted that he was actually Kenyan, but couldn’t go back to Kenya because he is gay. Due to hostility against homosexuals in Kenya, he requested to apply for asylum again. He was put on a duldung, as the application was being processed.

However, while awaiting for the process to be completed, he figured a sure way of staying here would be to get married and now plans to marry his German girlfriend.

And the question to the lawyer is, is it possible for the man to get married without the authorities ruining it, based on his last asylum application as a homosexual?

According to a German lawyer, Andreas Moser, the man may actually get married and get his residential permit based on the marriage, thus being able to stop the asylum application and continue living here.