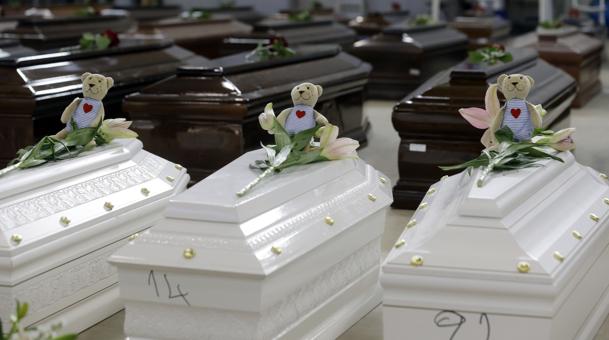 The body of Kenyan in Fennentrop, a small township south west of North Rhine Westphalia has been lying at a preservation facility in Offenbach awaiting airlift to Kenya with no hope in sight.

The late Abraham William Bwoga Odinga was found dead in a leisure park on April 28th and since then effort by his next of kin in Kenya to transport the body home has hit one snag after another.

The deceased’s sister was denied a visa by the German embassy in Nairobi on the ground that she did not have sufficient funds to maintain herself in Germany.

However, frantic efforts by the family to access the deceased possessions was further frustrated on learning that there was no valuable items nor cash in the late Bwoga’s house. The family had hoped the cash left behind by the late Bwoga could facilitate transportation costs. Unfortunately, his bank statement sent to Kenya embassy and forwarded to the family showed that he only had €19 in the account.

The late Bwoga led a reclusive lifestyle that kept him out of touch with fellow Kenyans in Germany. His divorced German wife died several years ago and they had no children, save for one Senegalese neighbour doubling as a friend.

Two years ago Bwoga’s niece implored KDA to help trace her domicile in Germany but the effort yielded no result.

Due to financial implications, the Fennentrop township authority in North Rhine Westphalia, where Abraham died, is now reluctant to retrieve the body from the funeral home. The township authority may only take over funeral costs if/when no relative comes forward which wasn’t the case for Bwoga.

With the hopes that Bwoga had left behind enough money, the family incurred a € 4,000 debt from a private company they had requested to prepare the body for repatriation back to Kenya. The family only found out that Bwoga had nothing after the costs had been incurred.

The family can neither raise the 4000 Euros nor the 5900 Euro to have the body buried in western Kenya his ancestral home, hence the public appeal to assist offset the incurred costs and subsequently cremate the body.

Willing donors can send donation to the funeral home: