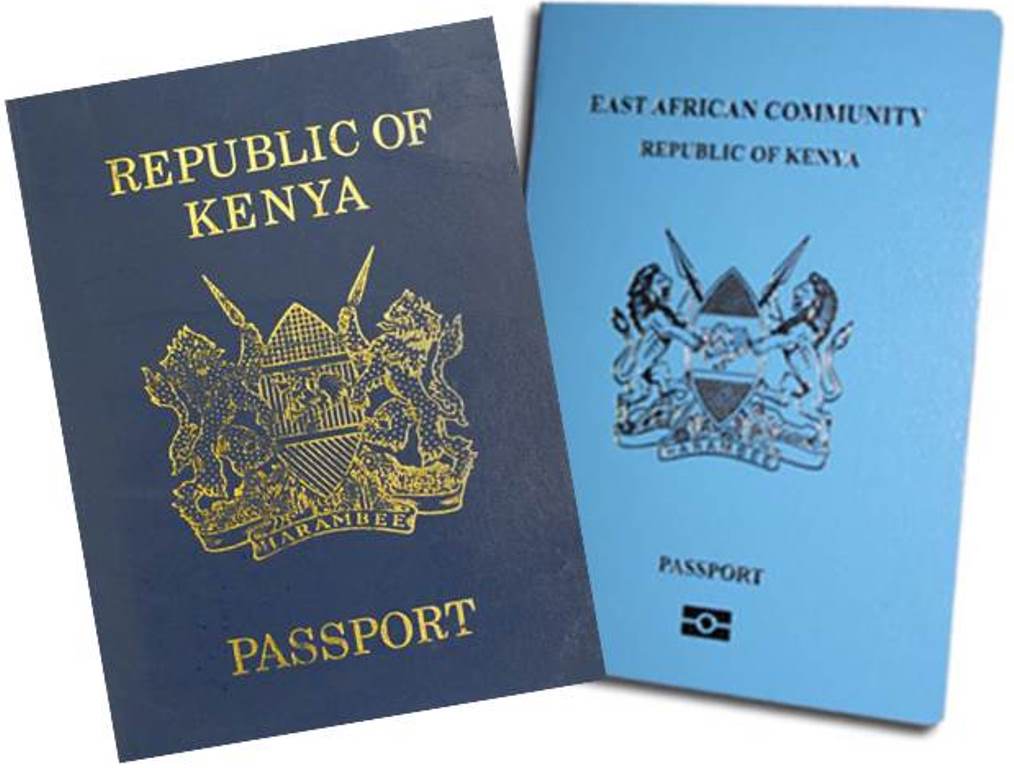 The new Kenyan passport was launched promptly on 1st September, but what does that means to us as Kenyans in Germany?

What is the e-Passport?

A biometric passport, also known as an e-passport, ePassport or a digital passport, is a combined paper and electronic passport that contains biometric information that can be used to authenticate the identity of travelers.

The ePassport is highly secure making it difficult to produce duplicates and prevents the unauthorized reading or “skimming” of data stored on the e-Passport chip. The Automated Fingerprint Verification System (AFIS) guards against multiple passport issuance to the same person.

Features of the Kenyan ePassport

How do you get one?

Applications will be done via the eCitizen portal. The step by step instructions on how to apply are discussed in the article below.

Kenyans in Germany, US, UK, SA and UAE May Apply for Passport Renewals Online

The  Passport application forms on the embassy website’s consular section are no longer valid.

What happens to your current passport?

Holders of valid current passports will be allowed to use them for the next 2 years (i.e. 31 August 2019) after which they will rendered invalid.

What happens if you had applied for a passport before 1st September?

Unfortunately, they will still issue you with the old passport, which you will need to replace. However, if the documents had taken longer to leave the Embassy in Berlin, then you will be asked to send in the extra documents for the new ePassport instead.

What changes for us in Germany?

The application will be done via the eCitizen portal, and you’ll only need to send your documents to the Kenyan Embassy in Berlin. Previously, you downloaded the forms from the Embassy website and sent them to the embassy, that will no longer be the case.

Also, the passports will no longer be printed in Berlin. The biometric passports are printed at a central location, which for Kenyans will be in Nairobi. However, the Director of Immigration, Gordon Kihalangwa assured that the processing duration will not increase as the equipment can handle a larger volume than the previous ones.

“With the kind of equipment we have now, we will be able to process up to 2,000 passports a day, an improvement from the 800 we have been doing,” Mr Kihalangwa said during the launch of the passport in Nairobi.

What happens to your visa?

If you have the old sticker residence permit, most probably the unbefristete, you will have to get the biometric permit to replace it.

The visas will remain valid even with the new passport, at most, they will need to be reissued but no new processing will take place e.g. they won’t ask to confirm that you still fulfil the criteria to hold that kind of visa. The exception of course is if they decide to just work on your extension, or if you were already in trouble or you did something that rendered your visa invalid.

Demand Better Service from the Kenyan Embassy in Berlin

Visa Section at the German Embassy Nairobi Open on Saturday

Instances that May Lead to Losing Your German Residence Permit