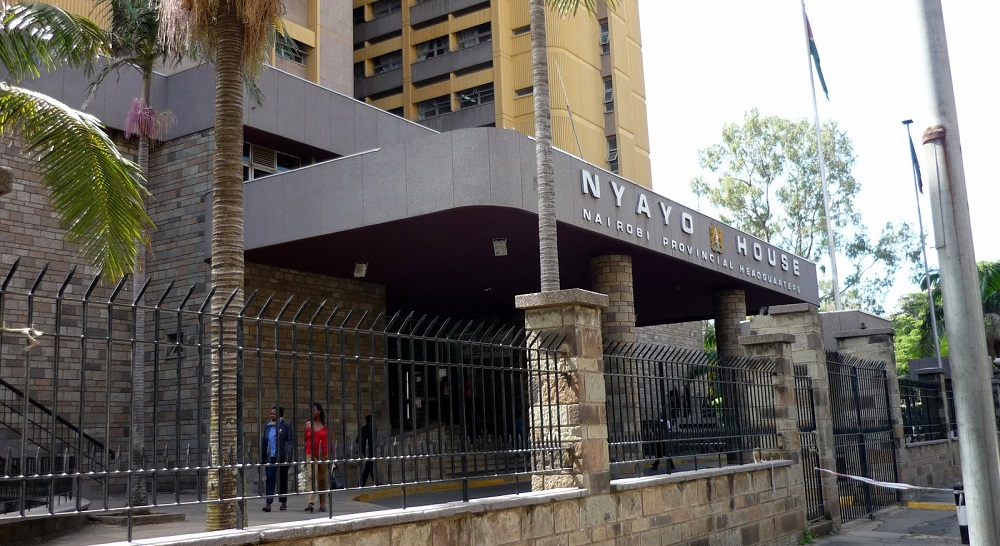 So someone in government came up with the amazing idea to issue ePassport, they’re all the range, all countries around the world are all getting them and ofcourse Kenya never wants to be left behind. And so here we are, a country with 40+Million inhabitants and 5+Million diaspora population all looking to get visas issued at Nyayo House by one machine. If that is not a recipe for a nightmare, I don’t know what is.

So last year when the new ePassport was launched and after talking to a few relevant authorities, I wrote an article on What the new ePassport meant for Kenyans in Germany. Well, that article is  the theory, especially where the Director of Immigration, Gordon Kihalangwa assured that the processing duration will not increase as the equipment can handle a larger volume than the previous ones. “With the kind of equipment we have now, we will be able to process up to 2,000 passports a day, an improvement from the 800 we have been doing.” The reality is a different ball game altogether.

First, that amazing new machine broke down in January and the only person who could repair it was somewhere in Asian.

Entire KE unable to print Passports for DAYS due to print machine breakdown! An engineer from Pakistan who’s not boarded the plane to date is only one able to fix it. How Kenya? GOK DO STH! @UKenyatta @WilliamsRuto @BreakingNewsKE @kot @C_NyaKundiH @citizentvkenya @StandardKenya pic.twitter.com/sg8wMzdpGp

But that is the least of our worries, the biggest of our worries in that GoK believes ALL diasporans and Kenyans should go to Nairobi to get their pictures and finger prints taken for the passport. I understand this is an attempt to tame the corrupt migration officials that were printing Kenyan passports for every Tom, Dick and Harry; but GoK cannot punish law abiding citizens because a few corrupt people are greedy. Furthermore, collecting fingerprints can be done remotely, get a fingerprint machine for each embassy and each chief’s camp and people can apply for their passports in their villages or host countries.

In Germany all identity cards, residence permits and passports are printed at the Federal Printing Services in Berlin, but you don’t have all Germans coming to Berlin to get them. Each municipal migration office has a gadget to collect finger prints. In addition, Germany has ensured ALL professional photographers have the guidelines for taking biometric photos. Now we have Nyayo House employing photographers instead of educating the photographers all around the country on how to take the appropriate pictures for this new passport.

Being forced to travel to Kenya to get a passport can be extremely expensive and as hard as it is for many Kenyans back home to believe, not all diasporans can afford to fly back home at will and for this we will need to raise our voice and make GoK understand what they are doing is not right. Write to these people and let them know the Diaspora can’t afford this.

Thirdly, let me even stop numbering them because the problems with these new system supersede the benefits. So that promise of your passport being issued in 14 days, rumors I tell you. It might take you 14 days to get to the passport counter at Nyayo House, but how long it takes for your renewal to be processed shall take as long as “the authorities shall see fit”. However long that is.

They call it online, hehehe 😆 , the only online part about it is payment but everything else is basically offline. For those that have been yapping about cartels, this is the time you will meet them. The faster you want your passport the more you need to pay, you can pay up to 50 K to get it in 24 hours or you pay the amount stipulated on eCitizen and you have to queue for days to get to the counter to hand in your documents then wait for months for the passport to be issued.

I practically saw people cry after queuing for days only to get to the entrance and be told that their application was wrong and they had to go back and print a new one or bring documents that were not mentioned on eCitizen.

As this government talks about legacy, it has already left one, a legacy of humiliating and dehumanizing Kenyans for making the simple mistake of applying for a document that is their right. This is WRONG. GoK has to do better.

If you still hold an analog passport, this is the time to get a new, don’t wait until last minute. The embassy has issued a statement saying you can still apply through the embassy but in that case you only get the analog passport which you have to replace by August 2019. This is definitely a solution for those whose passports will expire very soon, but it’s an extra expense paying for a passport now that you still have to replace by next year.

So here are a few tips to help you out?

Demand Better Service from the Kenyan Embassy in Berlin

Visa Section at the German Embassy Nairobi Open on Saturday

Instances that May Lead to Losing Your German Residence Permit