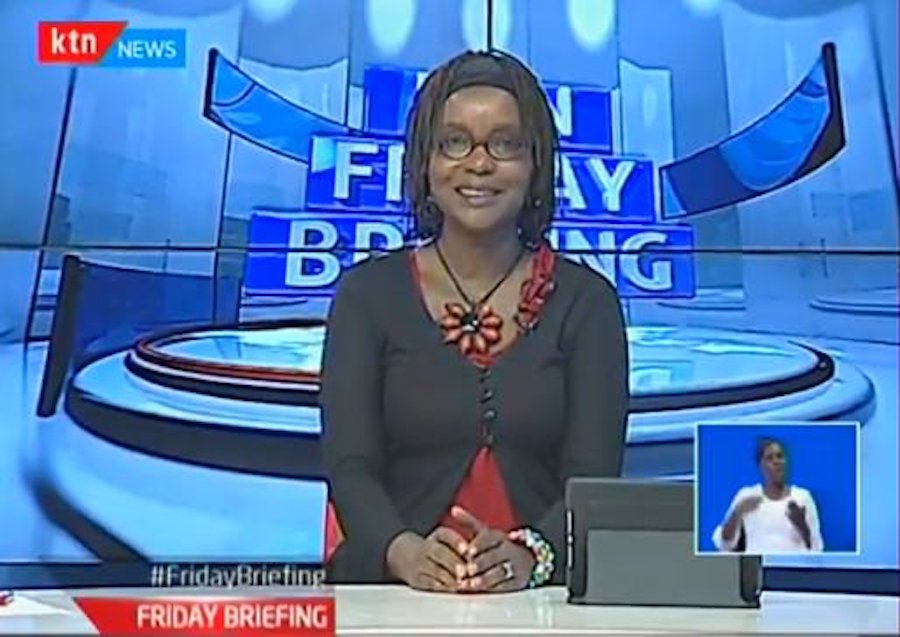 Our very own Njeri Kinyanjui was last week featured as a Guest Anchor on Kenya Television Network’s Friday Night Briefing.

Talking to the hostess, Betty Kyalo, renowned Kenyan-German entrepreneur turned politician got to share on her role as a councillor in the Gemeinderat in Reutlingen as well as her journey from being a student in Germany 32 years ago.

Some of the questions Njeri discussed in this interview include:

We’ve featured her as a business person, with her company, Hottpott Sauces (Adding Flavour to Germany with African Chutneys and Sauces) then we followed her move into politics when she joined the Greens Party to join the Gemeinderat in Reutlingen as a councillor (Kenyan-German Entrepreneur Joins Politics). We’re proud this time to follow her debut appearance on Kenyan media.

You might remember we also covered her daughter, Imani’s great idea to get her friends to help kids in Kenya. Kenyan Abiturientin Organises her Abi Class to Sponsor Children in Kenya