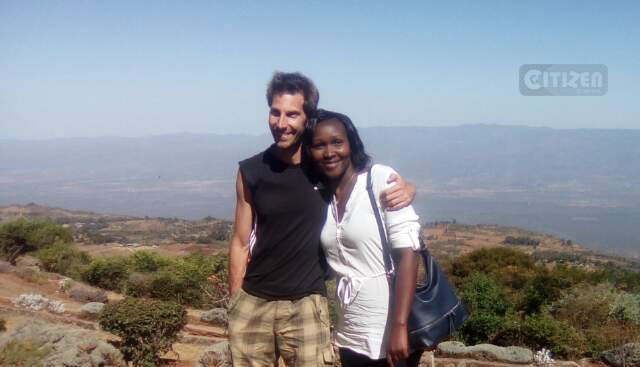 The Kenyan lady, daughter to Kenyan Olympian, Julius Korir, who was stabbed to death a week ago in Reconvilier, Switzerland will be buried tomorrow in Switzerland the presence of her family who travelled from Kenya for the ceremony.

Faith Chepkosgei Korir, the Kenyan lady murdered in Reconvilier, will be laid to rest on Monday, 6th February in Bévilard after a memorial service starting at 1:45pm (13:45Uhr) at the local evangelical church.

Faith was stabbed to death at her home by an acquaintance who was arrested at the scene of the crime. At the time of her death, Faith was home alone as her husband, Florian Wahli popularly known as Kenyan blanc (White Kenyan) and their three year old son were still in Kenya, where Florian was overseeing the construction of their family home in Iten. Faith left Kenya on the Sunday before her death preparing to go back to work on Tuesday, a day later she was murdered.

Her family in Kenya was shocked by the news. Her son and husband flew back to Switzerland for the burial preparations while her parents were to join them later for the ceremony.