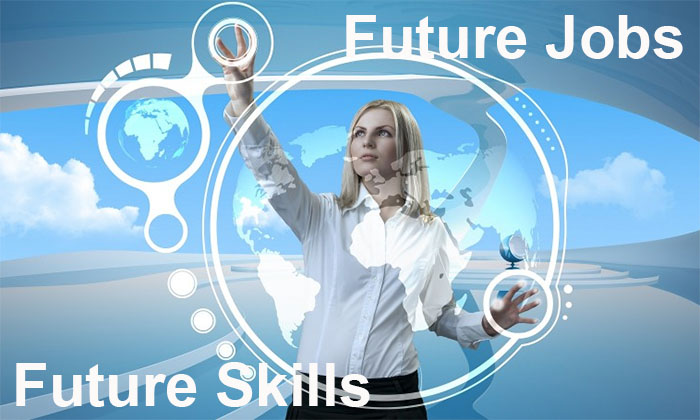 It is not always easy to understand many types of jobs in today’s world. Jobs like “Ad Operations Manager” and “Influencer Consultant” are not your everyday traditional jobs. What kind of jobs are these and how much do they pay? Most of these jobs are as a result of new technology and did not exist 10 or 20 years ago. Von Christian Meier explains the most lucrative jobs in Germany in what has been referred to as the new working world.

The new World of Jobs in Germany

According to the article which is based on a study by the Federal Association of the Digital Economy (BVDW) and the Beratung Kienbaum 2016, a typical employee of digital economy is younger than 35 years old.  He is also male and works for a small company of about 100 employees.

Original jobs, for example those which require programming knowledge do not rank in the top ten of the most common job profiles. In contrast, there is “E-Commerce Manger” or “UX/UI Designer”. These are experts who are concerned about the ease-of-use of web applications, which need to be self-explanatory in order to avoid problems for users.

Northern Germany produces the best paid digital forces, where salaries are 5% above average. Salaries in East Germany on the other hand are 25% lower than in West Germany.

An innovation manager, with an average salary of 100,000 euros per year absolutely deserves the best. This is because he is in control of projects that introduce new ideas and concepts in the company, and thus also generate sells.

Other jobs that didn’t exist at least before the last decade are reported by Forbes.com, PayScale.com and Digital Marketing Institute. They include:

By some, this is considered the sexiest job of the 21st century, and such scientists are considered big data wranglers who take enormous mass of messy data and manage to organise them using various technical and statistical skills. People with this job frequently have advanced degrees in computer science, and years of work experience in a related field. This quote from Master’s in Data Science sums it up: “A data scientist is someone who is better at statistics than any software engineer and better at software engineering than any statistician.” The average pay for Data Scientists in Germany is about €52000 a year.

These are the workers who develop apps for your android or your iPhone or iPad. They create and develop apps across a variety of mobile platforms, and have a foundation in programming languages such as C++, PHP, MS/SQL, Java, and Adobe. They can be freelance or can be employed by Apple or Google, among other big tech companies or even start-ups. According to pay scale, the average Mobile App. Developer can expect to rake in between €3333 and €4705 per month in Germany. Residence and experience are the key most important determinants of the amount of pay.

These are the guys who keep our data safe by analysing potential security flaws, execute security measures and implementing policies. In other words, they are regarded as gatekeepers or security guards of information in that they shield an organisation’s computer systems and networks from infiltration and cyber attaches. In terms of pay, a Senior Information Security Analysts takes home between €112,000 and €121,000 per annum.

Digital strategists are highly computer literate, well versed with search engine optimisation (SEO) and search engine marketing and work with a team to analyse data and develop long term goals for company products. They attract between €58000 and €63000 per annum.

This is an architect who is responsible for designing buildings that use latest technology to reduce energy consumption and environmental impact. They are also involved in retrofitting existing buildings to give them modern green initiatives. They are usually skilled in the use of computer-aided design (CAD) and design software. An average pay for 5 to 8 years’ experience is $60,600 in the US.

In Germany this has not become a mainstream profession yet, with most Architectural firms choosing to use “normal” architects, then specialising on Eco-friendly buildings.

Who would have thought of a job like this one 15 years ago? Evidently, social media was still at its infancy a decade ago – Facebook had been launched but was still exclusive to Harvard students, and twitter was years away. Today, this has turned into a success story where three-quarters of online adults are on social media. This has resulted into jobs in social media. The social media manager has the sole responsibility of managing a company’s social media networks i.e. developing and implementing marketing strategies for the businesses social media sites. In the US a social media manager earns an annual salary of $46,984, while in Germany this position will attract an average salary of €33,553 per year. The pay is however dependent on what other skills the manager brings along.

These, generally, are just a few important jobs offered by the new media-driven job world and it serves to exemplify a transforming job market both in culture and sustainability. Researchers are now contemplating a situation in the future which breaks away from the past and the present – in the past traditional jobs like being a secretary was the norm and one could work for more than 30 years but today-towards-the future the case is different as explained by Mark Pesce, a Futurist, “the one thing we can be certain of is the idea of a fulltime job is already getting to be a much rarer thing. When my father went to work he might have a job for 20 -30 years, even a lifetime. Now when someone starts working they might have a job 2-3years and that’s coming down and down to where jobs are now starting to look like gigs. You come into your job for six months and then you go on to your next gig.”

The future economy therefore seems uncertain among many especially the younger generations. Mark Pesce has an interesting response to this – “when someone is leaving school…they have to understand that they are always going to be hustling for the next job; they are always going to be an entrepreneur”. This is not to forget that with new technology jobs are getting more and more automated and robots are finding space and opportunities in the human world thus replacing human service. A good example is an ATM machine which has been strengthened by mobile banking in some parts of the world, and in some countries supermarket cashiers have been rendered jobless due to the introduction of automated tellers.

Other jobs to look out for in future include:

Which one do you think you will be? Get more information from the Feed- Jobs of the Future: what will yours be?

How the EPZ can Encourage your Investment in Kenya

Business as a Chance out of a Violent Relationship