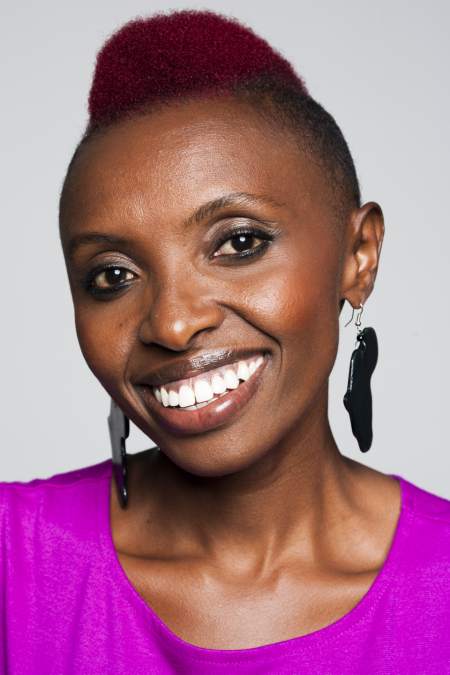 You might have seen her music video all over FB or you watched her performance on the Churchill show and now you have a chance to watch her live in Hamburg.

Wachira grew up in the small town of Kijabe, Kenya, and had, as she puts it, “a really quiet, pretty normal childhood.” After boarding school in Kenya, Wachira studied communications in Chicago and eventually graduated with an M.A. in theology from the Seattle School of Theology and Psychology. But it was a lifelong passion for singing (inherited from her parents’ choir, The Brethren) and a love for the songs of South African singer Miriam Makeba that led her to an open mike at Conor Byrne in 2011.

To Wachira, vulnerability is strength. Like Makeba and Chapman, Wachira sings about social and civil issues from a personal point of view. The song “Stand Up,” for example, was inspired by an abusive relationship.

“My philosophy as an artist is to write music that challenges us and at the same time dignifies people, even when you’re talking about victims and perpetrators, because they’re still human,” she says. “In my understanding, they’re still playing out a story that has really affected them, and they end up acting out in ways that aren’t healthy and can sometimes damage other people’s lives.”

As a new American citizen and mother of a 3-year-old daughter, her observations are valuable. “Prejudice is alive and well, and it’s important to raise our children with that awareness,” she says. “But in those warnings, we must also tell them of their privilege because of who they are. I believe that I have privilege as a black person. We must remind our children that not every white person you meet is racist, and that not every black person is up to no good. Stories are always two-sided, and I think there’s value in telling both sides.”

The songwriter admits, however, that when it comes to race, her adopted home of Seattle often fails to tell both sides. She adds, “It’s still a great city, and has allowed me to figure out who I want to be. But I really love who I am and what my story is, and I think Seattle needs a lot more of that diversity.”

In addition to her music, she currently works as an administrator for Casey Family Programs, a nonprofit that serves children in foster care.

Her concert in Hamburg will be: