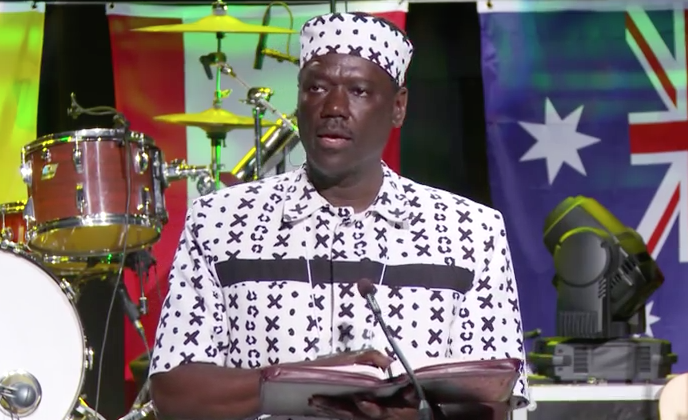 During this year’s annual conference, the Andreas-Gemeinde Niederhöchstadt hosted General overseers from four major church networks in Germany, and the main speaker at the event this year was Pastor Muriu, the General Overseer of Nairobi Chapel.

Oscar Muriu, who has been to Germany several times and whose church partners with the Andreas-Gemeinde Niederhöchstadt, gave a moving speech to the German pastors. He used 5 analogies, to explain what the German church currently looks like and what they need to do to get back to the original “Passion for Christ and the church”.

Around the world, “Made is Germany” means a lifelong guarantee. Your products are well known for their quality and durability. The only problem is that German churches are being run by the “spirit of Engineers” and leaving little room for faith. Everything has to be planned and perfected. Nothing can be done before it is precise. When someone presents a dream, it is discussed, investigated and gone through until it dies. No one is ready to take up an idea before they are 90% sure it will work.

When you think like an engineer then you don’t need faith. When engineers move mountains, they have machines and a plan for it. But God needs our faith. The German church requires faith, undertaking projects by faith even when everything hasn’t been planned.

Samson without his hair

The German church today is like a young man, healthy, good looking and muscular but in chains without his strength. Just like Samson from the bible when his hair was cut. The German church is alive and strong but its strength isn’t visible.

A girl stuck on a tree

The German church is like a girl who has gone up the tree but is unable to come back down. Her father stands below requesting her to jump and he’ll hold on to her, but she doesn’t believe him.

The birth rates in Germany (like any other industrial nation) are very low. So low that the system might not be able to sustain itself in the long run. On the other hand, there are large streams of foreigners coming in from Africa, Asia and Eastern Europe. Pastor Muriu challenged the church to take in the incoming Christians among the foreigners and consider them “equal workers in the harvest”. He spoke of reverse mission, where the church instead ministers to people who have come to their land instead of the traditional mission where missionaries went to spread the gospel abroad. “Reverse missions aren’t welcome because the German church is too proud”, Muriu told the pastors.

The German church is like land that has been covered by snow for centuries, nothing grows, just snow. “Leaders in the church build walls around themselves. The rules, regulations and laws don’t help either as they. The church requires strong charismatic leaders. God never gives a vision to a committee”, Muriu added.

The Schultüte Tradition in German Schools