Bayern has been the economic and academic giant in Germany for a very long time. On the education, most states look to Bayern for tips on how to improve the quality of education they offer.

Here NRW, compares their school system to the Bayern one. The Bayern one wins as always, but there are still some good things in the NRW system as well. 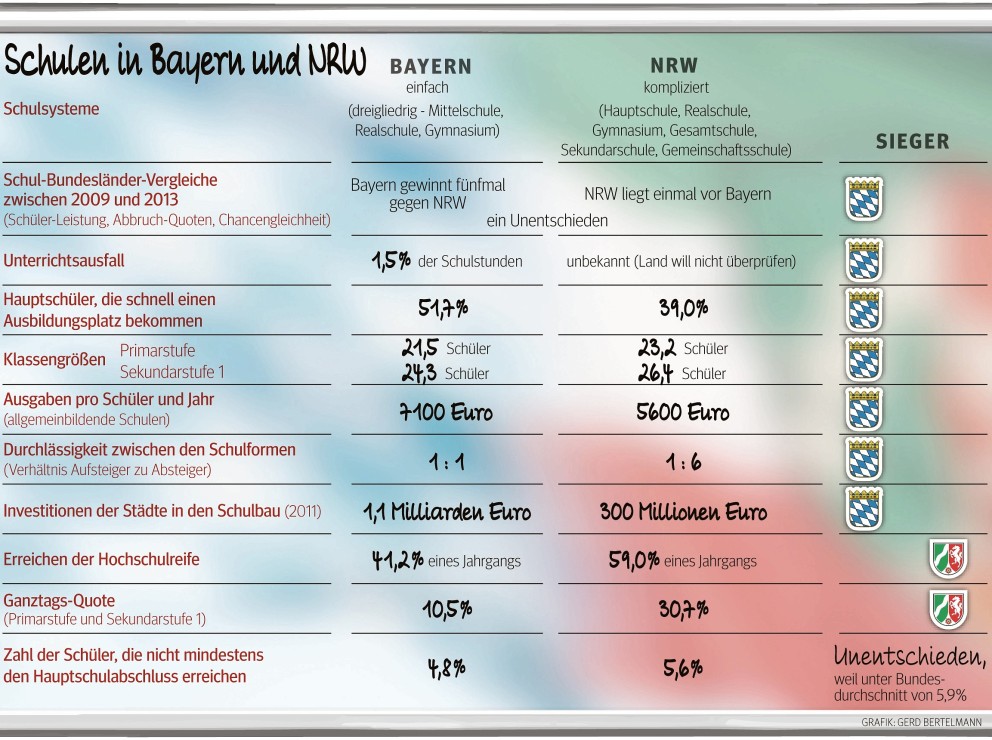 Are Children’s Learning Capabilities on Those of Their Parents?