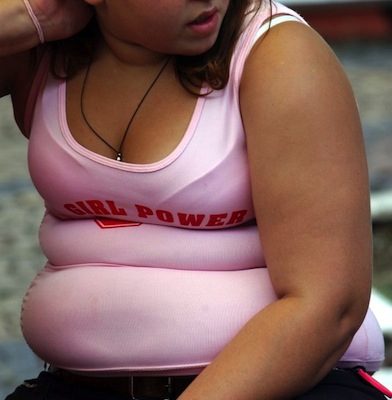 If there’s something I’ll never understand is how discriminatory the school system here is. And to think that people think it is ok for children to be humiliated when they are young simply because “people have preferences” is just beyond me. This is a country where a minister carries a carpet in the government plane without paying taxes and it causes an uproar till the guy has to step down. Or the media starts rumours that a politician plagiarised a paragraph of their 50page dissertation and the minister has to step down or in worst case even retire from politics and migrate to another country.

And with ALL this, studies are published every year revealing discrimination in schools and NOTHING is done. The last study showed how children with a migration background are discriminated in schools from the time they join Kindergarten to University; that only garnered a small column in the back pages of major newspapers across the country.

A new study revealed this month shows that fat children tend to have worse grades than the slimmer kids. Fat children rarely got As or Bs in class, apparently because they have low self esteem. The study couldn’t reveal though how parents and teachers play a role in such children’s self confidence.

Researchers at the Uni Potsdam and Freiburg through their research have come to find out that children in Germany aren’t graded solely depending on how good the answers on their exam sheet are but also based on their ethnic origin and their parents’ education level.

A child’s first name also plays a major role with children named: Kevin or Justin having worse grades than those named Alexander, Maximilian or Jacob. A spelling mistake by Alexander is not such a bad thing but when Justin does it, it becomes a catastrophe.

Experts suggest that the education system should do away with grading of children.

I feel like the system just accept discrimination of its own children. Why should a teacher with such prejudice continue teaching? It’s like the teachers are given free reign to do as they wish with people’s children. Why should a teacher give your child bad grades simply because you decided to name him Kevin? Or just because you never went to school your children will never be allowed to join a Gymnasium or go to Uni?

The fact that such findings by “experts” are shrugged upon and people think such behaviour by teachers is normal is very scary. Very very scary.