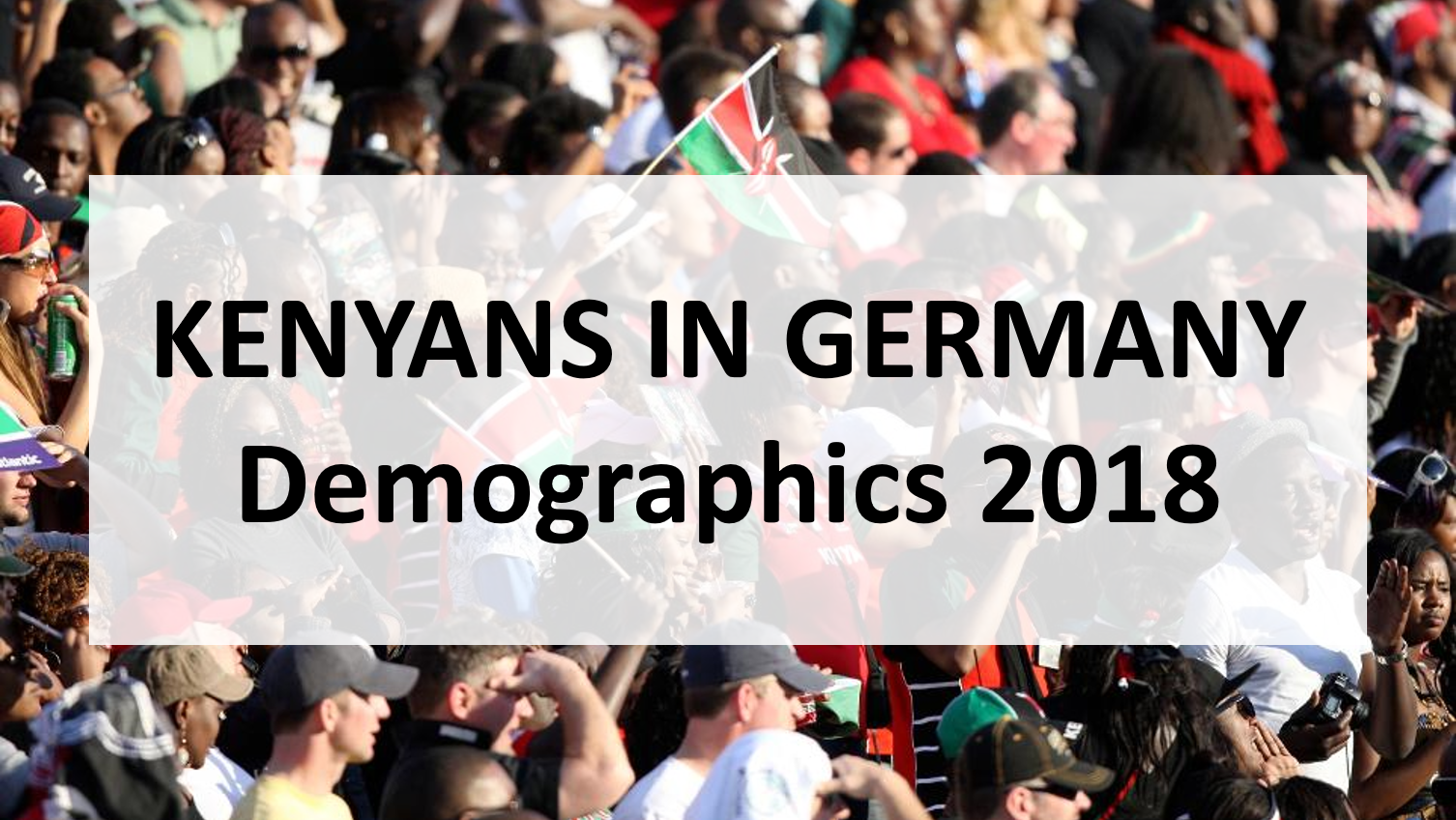 How many Kenyans live in Germany? What do they do here? How many plan on staying? How long do they stay? If you have been asking yourself any of these questions, here are the answers.

It’s great to see how the Kenyan demographic in Germany has changed over the years. You can look at some of the numbers from 2011 and 2013.

This time, I also wanted to have a comparison between the years to see how those numbers have changed, so here it is:

The average age of Kenyans living in Germany is the early 30s, this number had increased steadily since 1998. However, between 2004 and 2006 there was a small deep in the increase meaning an influx of younger Kenyans either coming in from Kenya or being born in Germany.The current age is 31,5years.

Unlike in the greater African population where the men tend to be older, among Kenyans it is vice versa. The average age of a Kenyan man in Germany is 29,8 while for women it is 33,1, quite an increase from 28,1 and 28,7 respectively in 1998.

As expected, majority of Kenyans living in Germany are first generation Kenyans with the oldest being 78 years old.

An important demographic we some times forget is the second generation Kenyans living in Germany. The numbers available are those of Kenyans born in Germany and hold Kenyan citizenship, they could be dual citizens but at least have Kenyan citizenship. Children born to Kenyans that only hold German citizenship are NOT included in these numbers.

720 children (360 boys and 360 girls) in Germany qualify as second generation Kenyans with the oldest being 22 years old girls.

Majority of Kenyans living in Germany are single:

A topic our community rarely wants to talk about, especially the men. But guess who was the pioneer in that area….

The first Kenyan same sex relationship to be registered was in 2011 with 9 Kenyan men with the first divorce being registered in 2012. The first Kenyan woman to register such a partnership was in 2012. And unlike popular mythology within our community that claims Kenyan women in Germany are involved in more same sex relationships and the men openly displaying their homophobia, seems what they condemn in public, they do in private.  Statistics show for ever Kenyan lesbian you meet in Germany, there are at least 3 gay Kenyan men.

Where do you find Kenyans who have lived in Germany the longest?

Our average duration of stay in Germany is currently at 8,4 years (8,1 years for men and 8,6 for women)

So how long have most Kenyans lived in Germany?

When do the majority of Kenyans leave Germany?

Wondering which visas most of us hold:

The number of Kenyans applying for German citizenship has continued to grow despite the Kenyan government trying to discourage it by making the renunciation process very tedious and very expensive. From only 102 applicants in 2000, the number doubled to 211 in 2008 and more than tripled by 2017 at 341. It is estimated that 3980 Kenyans renounced their Kenyan citizenship between 2000 and 2017.

Although Germany always demands for renunciation before issuing their citizenship, some Kenyans have continued to keep both citizenships LEGALLY either because they:

The number of Kenyans holding both citizenships legally from 2000 stands at 235 of which 163 are women and 72 are men. In 2016 you had 17 retaining Kenyan citizenship as they took up German citizenship, in 2017 that number was at 37.