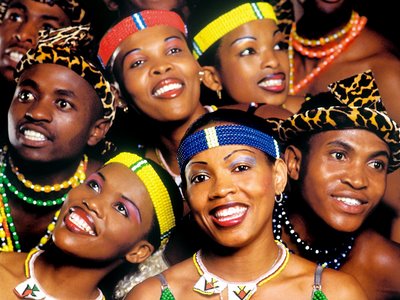 A woman in the UK got into trouble for calling a delivery “coloured”, the delivery company termed her use of the word as racist. When I posted the interview of Hartmut Fiebig, someone wrote a comment that they hadn’t listened to the whole interview simply because Hartmut referred to Kenyans as “Schwarz Afrikaner” (Black Africans to mean Africans from Sub-Saharan Africa).

Are people from Africa:

And the traditional groupings, are they:

Which words do you use and which ones do you prefer to hear others use when referring to the Africans and their groupings?

I prefer being called an African (or just a Kenyan) instead of coloured or black simply because 1. I’ve been the same colour since I was born and 2. I’m brown….lol…..As for the tribes, I think from all my GHC classes, I still use the word tribe though I was recently scolded by a Ghanaian for using the word.

Are people being too sensitive? Or are there no go words? And does the rule apply to anyone and everyone; like the word nigger some people argue it can be used among the Africans but never from someone outside their race. Is this even fair? If a word is abusive, it should be abusive regardless who uses it ama?

Do you have cases where you don’t mind the word in English but when translated to German it irritates you or even vice versa? e.g. maybe you don’t mind being referred to as a coloured person but if someone speaking German refers to you as a Farbige Mensch you feel discriminated upon.

On a lighter note, have you ever noticed that as the rest of the world usually murmurs eeehhh or mmmhhhh in the middle of a conversation as they think or just need to buy time, the Chinese usually say “nigaaa”….lol….you might have never noticed but next time you are near Chinese people as they converse, just listen keenly. It’s just too funny.