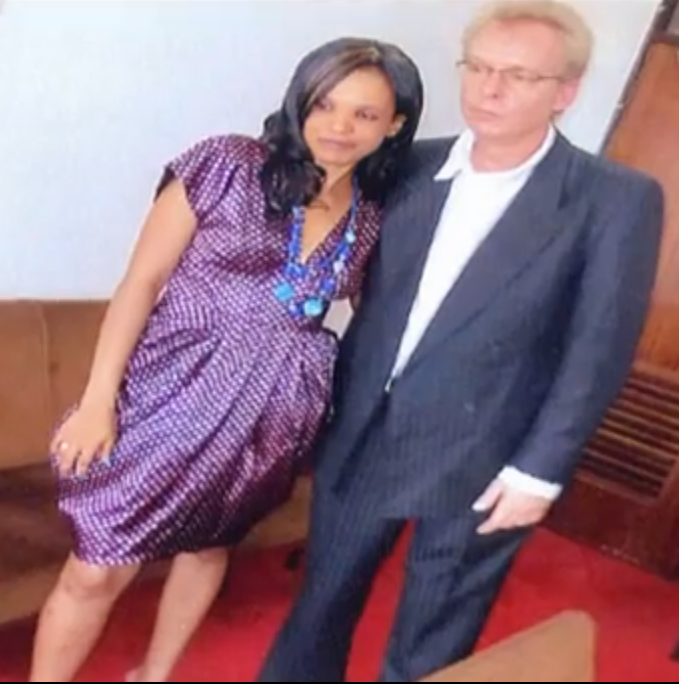 You must have read/watched the video of a Kenyan woman whose family in Kenya was requesting for help to rescue her from her nightmare of a marriage to a Swede national. The lady who had communicated to KTN via email and whose family had visited KTN offices claimed that the lady had been jailed and her husband was trying to take away the child from her. (Read: Kenyan Family seeking for Help to Rescue their Daughter in Sweden) Now the estranged husband came out to speak for himself and give his side of the story.

According the man identified as Skåg, who spoke to KSB, the woman is a thief who had stolen Ksh 250,000 from him, stole his computer before destroying his apartment totally. Skåg said that the woman smashed his TV set, all China plates, all kitchen items, tore his clothes, ripped his shoes before destroying the carpet and pouring paint in the toilet.

Further, Skåg said that since the woman arrived in Sweden, he has been terrified because he had never met a woman who could beat a man thoroughly. “Since she arrived in Sweden in July 2012, she has been beating me thoroughly while she sleeps with other men”, Skåg told KSB. The Swede claimed that the information he was releasing to KSB was “only the tip of an iceberg”. He said that the woman lifted his daughter, Peggy, in the air and threatened to kill her. The guy admitted that he met the woman on 28th December 2011 in the streets of Mombasa as she was selling her goods to tourists. He then got horny and hooked her for the night.

After consuming the goods, he was excited because the service was good then he made one big mistake. He airlifted her to Sweden so that he could have the goodies permanently in his house and dip into the honey-comb happily ever after without thinking about going back to Kenya. Things started well but after a few days, the woman turned into a real devil.

Göran said that he has a lot of stories to tell about the woman and that what he had disclosed was just one percent of the story. He said that throughout his life, he had never met such a nasty liar like the Kenyan woman.

In her story to KTN, the woman claimed that after Skåg beat her, she was admitted in hospital while she feared that as a result of what Skåg had told the Swedish authorities, her baby could be taken away. She said that she was receiving threats from Skåg on a daily basis after her estranged hubby hooked up with a Tanzanian woman called Diana. Skåg promised to spill the beans in another future expose.