Here’s a short documentary on a Kenyan German couple talking about living in Germany, being Germans and the German culture.

The docu feature Evelyn Wangui Gichuhi a Kenyan art student, actress and comics illustrator based in Germany and Fabian Püschel her German boyfriend. They have both also featured in the movie Vaterlandsliebe.

Evelyn has published some comic books, and I must say her work is AMAZING. Now that I know there’s always a Mkenya Reader who knows the people I write about, could someone tell me where I can buy her comic books? Especially the Kwa Heri Nairobi one? 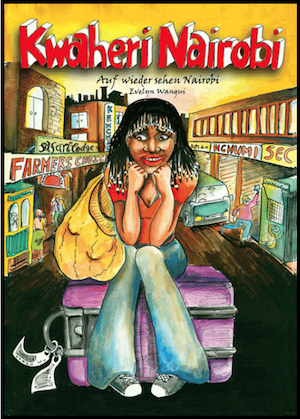 Anyhu back to the short film, the couple talks of their wish for children…or should I say the girl talks of her wish. I think in the whole film, the child topic was the only topic they weren’t in accord about. The rest I found they agreed a lot and were a perfect match for each other. The Youtube comments for the video weren’t very encouraging though but I did enjoy the short film all the same.

What did you think of the couple? The film idea?