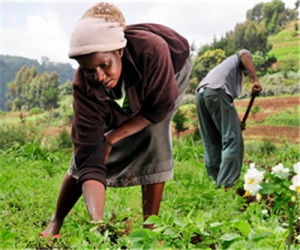 Francois and his wife Christine moved to Russia in pursuit of education. They both came in the hopes of getting credentials to become doctors. Christine even graduated with honours. Then the genocide in Rwanda happened and the two couldn’t return back home. They both lost all their family members in the genocide.

Both applied for asylum in Russia. They couldn’t get jobs due to lack of status, so with their degrees in medicine, they had to become farmers as they couldn’t be employed. Francois applied to asylum in 1994, his application was accepted in 2005. Christine is still waiting for her application to be accepted.

They now both work towards educating their children, farming and sensitising their neighbours on racism.

I think this documentary is a great example for those who plan to seek asylum in Europe. Either your academic qualifications won’t be accepted because you lied about your origin and revealing your qualifications will reveal your true origin OR your application takes too long before it is accept that you have no time to get any qualifications. If you’re not from a war-torn country, come to Europe legally. Asylum is never fun.