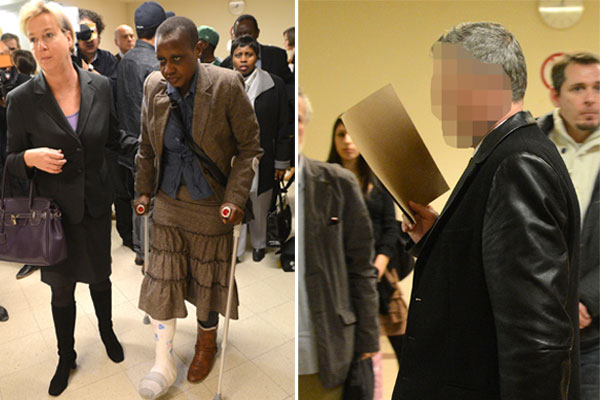 Remember Nelly? The Kenyan lady that was pushed onto the rail tracks earlier this year in Vienna for having a loud phone conversation. The lady who was out with a friend on their way home, met the 51 year old electrician and his then Russian girlfriend at the U-Bahn station. The man and his wife feeling uncomfortable asked Nelly and her friend to reduce their volume to which the conversation turned into an argument and Nelly being pushed onto the rail tracks. She broke her leg and had to be hospitalised.

In March, the court process began and the judge sentenced the guy to one year probation. A slap on the arm for such a grave act but that was the judge’s decision. Fortunately, Nelly’s lawyer and several organisations against injustices appealed the ruling in the Supreme Court.

The Supreme Court upheld the ruling but on top of the probation, he added €4000 fine to the man to be paid to the victim as compensation for the ordeal. The Supreme Court also ruled that the man was remorseful. “I’m so terribly sorry,” the man insisted on Tuesday after the ruling.

The ruling might not be the harshest but at least it does scare some other crazy ones who might have gotten ideas from the leniency from the last ruling.

An interview with Nelly, the Kenyan pushed on U-Bahn tracks