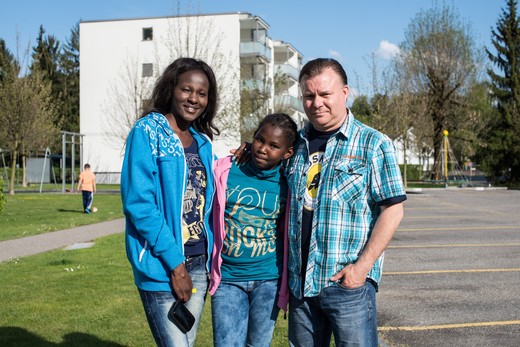 Foreigners are streaming into Aarburg and the people living in the city are furious about it.

Officials had planned to move 90 asylum seekers with families to Aarburg as they await the processing of the asylum applications. Residents of Aarburg were furious about it and planned a grill party dubbed «Grillen gegen Asylsuchende» (Barbecue Against Asylum seekers) against the foreigners.

Another camp in hopes of bridging the gap between Swiss natives and foreigners who already reside in Aarburg, are sharing stories of foreigners who have settled into Aarburg already. The campaign aims to show that more foreigners will not necessarily change anything in regards to the quality of life in Aarburg.

The current foreign population in Aarburg is quite large, no one needs to even check the statistics to confirm that. And this campaign aims to “ridicule” the fear of foreigners. Out of the 7221 residents, 3010 are foreigners approximately 42%.

A Kenyan-German couple was part of the campaign, sharing their story on life in Aarburg.

The Scholz have been living in Kenya and only relocated to Aarburg last year for professional reasons. Both agree that the Swiss have more reservations against foreigners. “People from other countries are also human beings.”, Olivia commented.