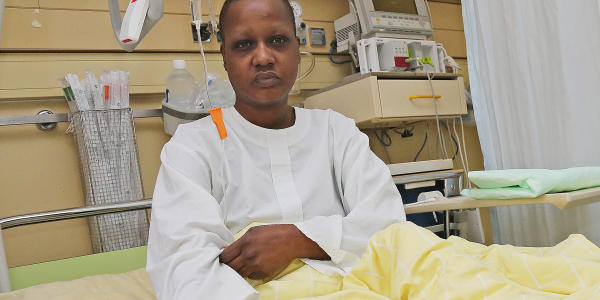 A Kenyan woman was pushed onto the subway tracks in Vienna on Saturday, causing her to break her leg and suffer serious injuries. The 36 year old lady has been identified as Nelly. Three onlookers scrambled to help Nelly from the tracks where she lay in pain, while another pressed the emergency button to stop the train that was to come in in about 30 seconds.
A police statement says the 51 year old man complained of being disturbed by the woman’s loud cell-phone conversation, and that he hit her before shoving her into the pit. The man who was with his spouse at the time defended himself saying he didn’t mean to push the lady but was instead trying to defend himself as he felt threatened. State broadcaster ORF said the man uttered racial slurs before pushing the woman, who is black.
The man was arrested and charged with attempted homicide. Nelly was operated on and is currently in the hospital recovering.
Share with friends: