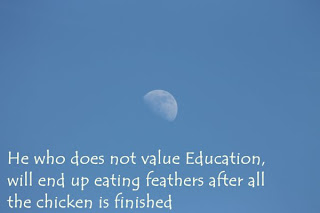 When compared, a German pupil with at least 2.7 got a recommendation while a foreigner with a 2.3 did not.  This has led some parents to revolt and request a review of these recommendations.

Although these recommendations aren’t binding these activists feel it is unfair to get them in the first place. They also argue that most of these foreigners believe that teachers should be respected, based on their cultures meaning most of these parents wouldn’t defy the recommendation even if they thought their children were better. And this has led to many foreign kids joining schools that don’t challenge their abilities.
The teachers argued though, that the recommendations are given as they are because most of these foreigners aren’t able to offer enough support their children if they join a Gymnasium. (You know even German students whose parents aren’t considered “academicians”, sometimes fail to be recommended to join a Gymnasium based on the argument that they aren’t from “academic” homes).

The activists insist that their goal isn’t to get all migrant children in Gymnasium but instead to ensure the kids get the best option based on their abilities.

The schools where the certificates were considered to be done wrongly will be reviewed and new recommendations given.

Happiness Index in Germany: Where/Who are the Happiest?