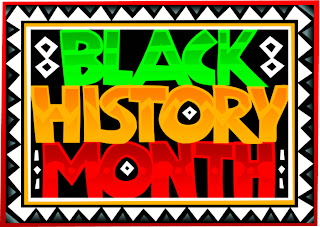 February is Black history month, observed by the United States, United Kingdom and Canada. The month focuses on the important people and events that make up the history of the African diaspora in those countries. This is also the time that we are sure to see the “black successful and rich” type lists increase in promotion & circulation. There will be talk about how those on the lists, financial wealth have in theory and in practice gifted black people a change in perception, social standing or general assistance.


Let me confess now: Although I have applauded and been inspired by some of the people listed, I’ve always felt uncomfortable about the lists. With more people turning their attention to “Africa rising” stories, these power and rich lists have now been compiled to feature Africa’s billionaires, millionaires, richest women, richest men, richest under 30,40, 50… you name it, if you are African, rich and powerful your name will have been added on at least three of these lists. Initially such lists only contained political powerhouses which was always laughable because their wealth was alleged to be corrupt wealth siphoned off from their country’s coffers whilst the rest of the country was perceived to be in abject poverty.With the new wave of Africa rising stories we have seen the African rich lists grow and change to include African business men and women, some of whom came from a less than privileged background. Again, these stories have been inspirational but as I saw people bask in the existence of these lists and use them as evidence of Africa’s collective growth and wealth, it struck me that something was off. That is until, I scrolled down my twitter timeline one day and I saw this tweet from @Tizitaa :

That wonderful moment that someone articulates what you have been struggling to say in less than a 140 characters is not only Re-tweet worthy but also DD opinion post worthy . My eureka tweet moment, thanks to @Tizitaa made me claim what I had been feeling all along. We live in a world where there is a lot of inequality yet we celebrate the billionaires and millionaires of the world and indeed Africa as if their success reduces the increasing inequality we see daily or even begins to address pressing issues of poverty.

”How is it okay to have such wealth in such inequity and inequality?”

How do we swallow this and allow these lists to define, “Africa’s success“? In some cases, those on the rich lists are well known philanthropists, who use their wealth and power to increase and assist the quality of living of their less fortunate country men and women. Something which I applaud whole-heartedly and encourage. As Africans we are taught early on that when you have made good, it is expected that you will give back to those around you, especially beyond your immediate family. Those in the diaspora are expected to either send remittances or invest in their home country.

I guess this is why I still found myself wondering why these lists still remained problematic for me and as I read list after list of Africa’s growing rich and powerful, I noticed that there was often one missing component, the feel good message or lesson that went beyond “wealth is great and Africans can get it!”. I wanted to walk away from each list knowing that each person on it had given back to their community, country and to the world. I wanted to read more articles such as ” The most generous philanthropists in Africa in 2012″. I wanted to read the message that wealth is great but it’s ultimately the best because when used properly it’s a gift that gives beyond the individual. All I read was how much each person was worth, where they holidayed and what purchases they made, some accompanied by MTV Cribs type images of palatial homes located across the world.

“for while Africans in general are an extremely charitable lot, only a tiny fraction of its ultra high net worth individuals are significant givers.” – Mfonobong Nsehe

Which brings me back to the month of February. As we make our own lists of what we would like our valentine to purchase for us, as we reflect upon what lessons, opportunities and memories historical black leaders gifted us and as we read yet another list of African millionaires and billionaires, may we make our own list of how we will give back to our loved ones around us, those in our community we pass everyday and finally in our own small way to the rest of the world.

Article by: Mukuka for Diaspora Darlings

When a LUO man MARRIES a KIKUYU lady…..Food for thought

German-Kenyan Couples that Air their Conflicts on Social Media