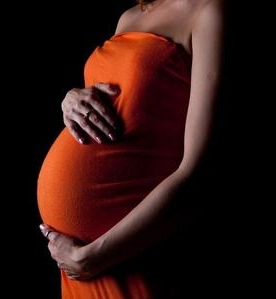 According to an article from the Copenhagen Post, au pairs who get pregnant while in Denmark lose their residence permits and are deported to their home country. Below is the full report:

Legal experts argue that deporting pregnant au pairs violates their human rights and the union FOA has asked the government to grant au pairs the right to give birth in Denmark.

Au pairs who get pregnant while working in Denmark lose their residence permits and are forced to return home, according to the union FOA, which has documented at least ten cases this year alone.

The Immigration Service says it has withrdrawn residence permits from pregnant au pairs after families have called and asked for advice.

“Being an au pair and being pregnant are not reconcilable,” Caroline Henault from the Danish Agency for Labour Retention and International Recruitment. “We give them a month to leave the country. This is the same length of time that is given in all cases in which a residence permit is withdrawn.”

Violating human rights
This policy has been criticised by a number of legal experts, however, including migration researcher Helle Stenum from the University of Roskilde.

“Our labour market has policies that are focused on protecting pregnant women,” Stenum told FOA’s trade publication, Fagbladet FOA. “But au pairs are being fired and losing their residence permits if they get pregnant. It’s extremely discriminatory.”

Professor Kirsten Ketscher, a legal expert from the University of Copenhagen, also argues that the policy to deport pregnant au pairs violates their human rights.

“Preventing au pairs from having children in Denmark is a massive invasion of privacy,” Ketscher told Fagbladet FOA.

Ketscher added that deporting au pairs prevents them from legally establishing who their child’s father is and holding the father responsible for a share of the child’s care.

“We have to help the women establish the child’s identity. If the child is born in the country, then according to the European Convention on Human Rights, the state is responsible for the child.”

Cheap labour
The au pair program was initially introduced as a cultural exchange programme in which the au pair would be given a nominal amount of pocket money in exchange for housework.

But a recent study by the Danish National Centre for Social Research found that most of the 2,000 au pairs in Denmark are treated as cheap labour by busy families.

Unlike most labourers in Denmark, however, au pairs have very few rights, including no right to maternity leave.

More protection
FOA wants Denmark to sign an International Labour Organisation convention that would grant au pairs protection from being fired whole pregnant and give them the right to have their children in Denmark.

While the employment minister, Mette Frederiksen (Socialdemokraterne), said the au pair programme was not designed for pregnant women or parents, she said she would examine the situation.

“Au pairs should of course be treated properly and I have asked my civil servants to look at potential solutions that I can discuss with my colleagues in parliament,” Frederiksen told FOA