Medical professions are still topping the list of the best paid professionals on the job market. According to a new report by the Gehalt.de, senior physicians are the best paid workers, while those who work in Gastronomy as kitchen staff tail the list.

The report records a difference of nearly 100,000 Euros per year, in salaries paid for high and low income earners. Gehalt.de evaluated 203, 908 salaries recorded in the last 12 months to find out which professionals were least or highly paid.

Among the top earners in these professional categories are doctors, engineers and economists. However, senior physicians end up with an average annual starting salary of 109,187 euros. The experts attribute the higher salaries to the fact that the professionals do not only have functional management tasks, but also take more personnel decisions. 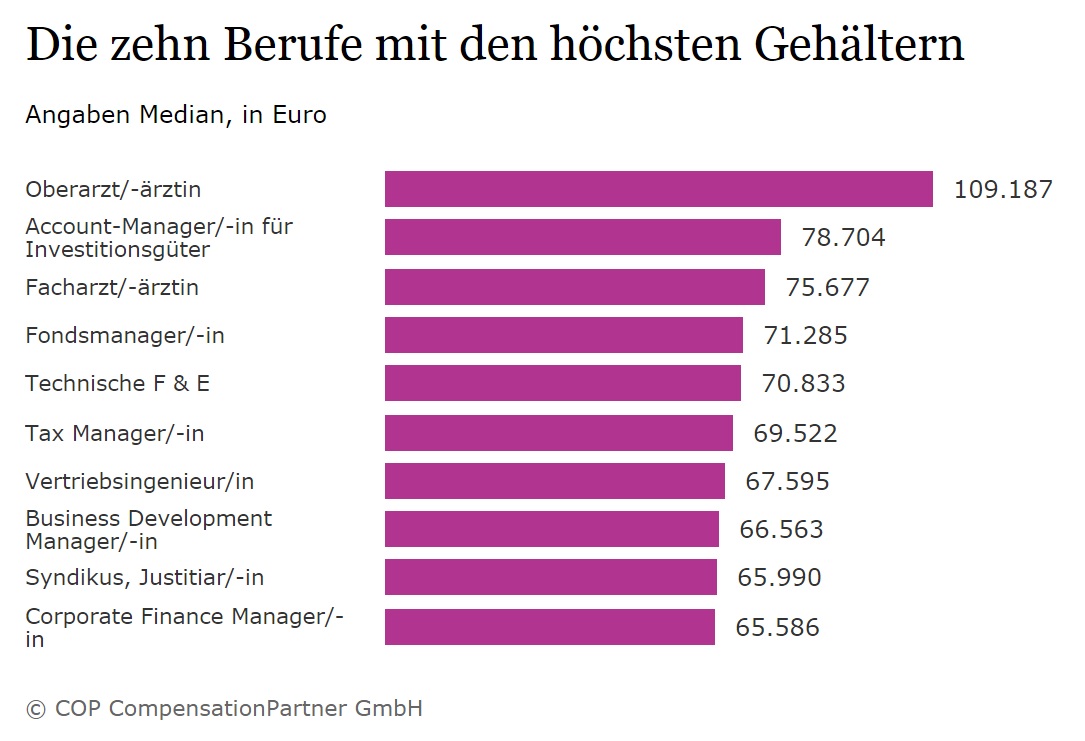 Although doctors earn high salaries in the medical field, this does not apply to all health professions. For instance, dental assistants and nurses are among the 20 worst-paid workers. Ranked in the second place are Investment Managers whose annual gross salary is placed at 78,704 euros. Medical specialists – Facharzt/ärztin with an annual income of 75,677 euros come in the third place.

High Level of Study as a Prerequisite

Philip Bierbach, Gehalt.de CEO, argues that the top occupations in Germany are usually relegated to professionals with highly academic qualifications with the exception of those in the IT industry. Here, employees can occupy high cadres with the basic initial qualifications.

The experts agree that the demand for employees in the IT sector is still high. The evaluation also indicates that economic or scientific professions are still promising because they entail significant content, still considerable on the job market.

The worst earners the survey concludes are employees in the catering and service sector who do not make more than 20,000 euros annually. The last in the list of low income earners being chefs. Interestingly, hairdressers and aestheticians earn slightly more than their counterparts in gastronomy. 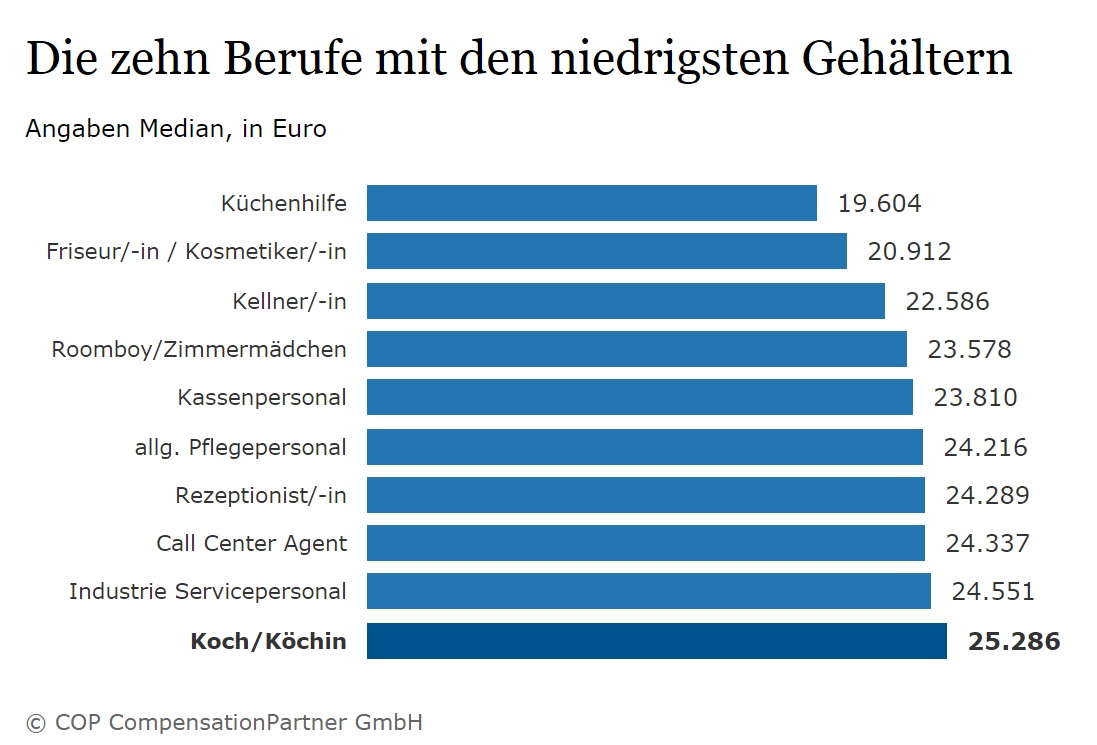