A recent study titled Berufe im Demografischen Wandel by the Geschäftsstelle der Initiative Neue Qualität der Arbeit  (INQA) sponsored by the Bundesanstalt für Arbeitsschutz und Arbeitsmedizin (BAuA) aimed to find out which professions are most affected by the German demographics. It’s well known that Germany has a higher population of over 65s compared to the under 35s. This mainly affects the number of people entering the job market after school vs those going into retirement.

The report found out that the worst affected professions were: 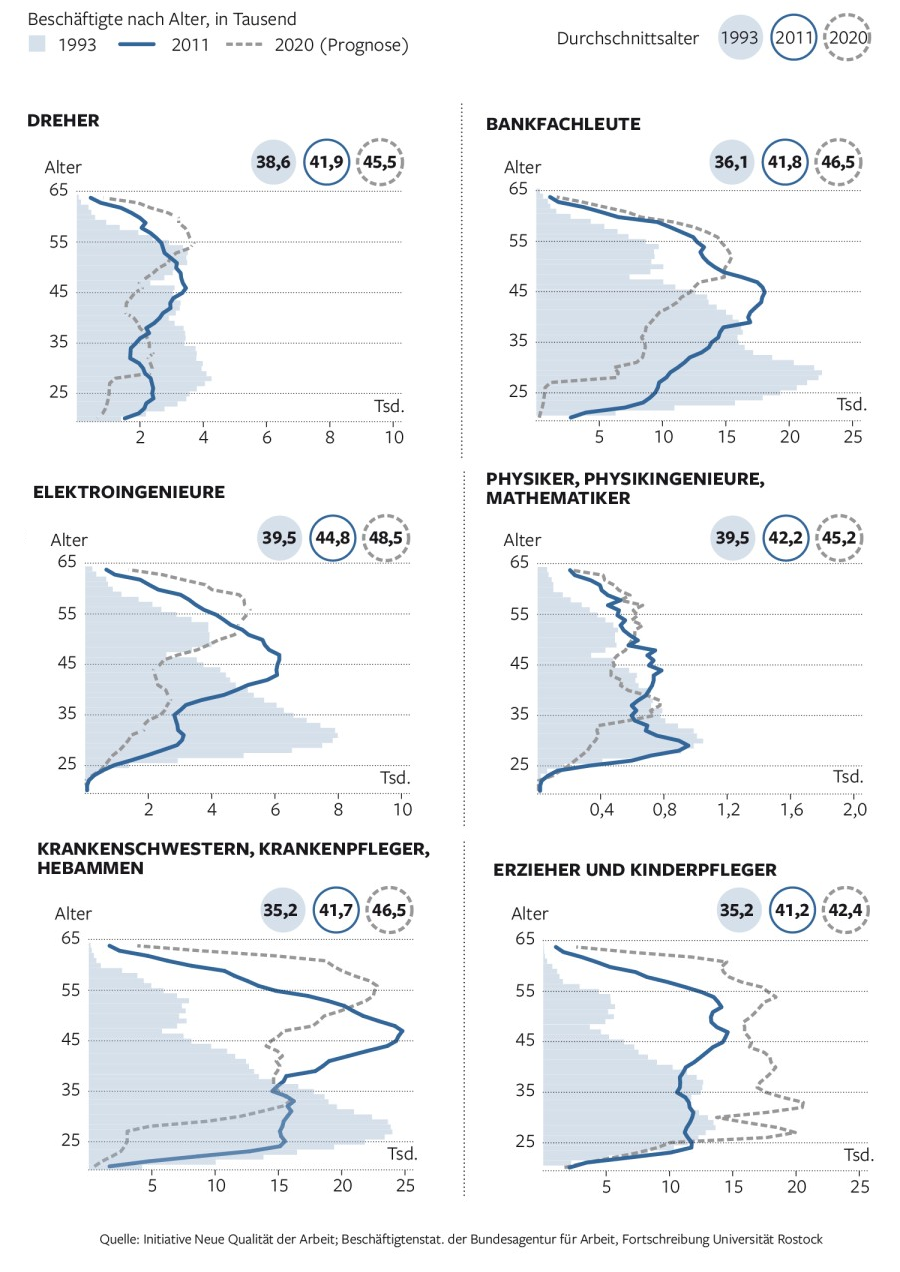 Number of Foreign Doctors in Germany has Doubled Since 2005