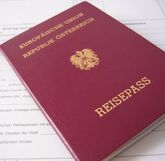 The Henley & Partners Visa Restriction Index is a global ranking of countries according to travel freedom their citizens enjoy. Henley & Partners has analyzed the visa regulations of all the countries and territories in the world. It has created an index which ranks countries according to the visa-free access its citizens enjoy to other countries. The index is produced in cooperation with The International Air Transport Association (IATA), which is the trade association for the world’s airlines.

If you want to understand the ranking without much reading, then it’s simple.  According to Ofili, The lower your ranking, the higher your chances of going back to your home country e.g. a citizen of Afghanistan (93) is less likely to return to their home country than a citizen of Finland (1).

There are 219 destination countries (territories) in total. The maximum attainable score is 218 (one point is subtracted to account for a national traveling to their own country, with the exception of nationals who must hold a visa to re-enter their home country, and for nationals of countries not considered as a destination. The latter group can therefore reach a max. score of 219);

The list was created with regulations valid as of 1 July 2013. It takes into account the new visa regime in Kosovo (effective 1 July), visa exemptions applicable to nationals of Croatia as a new member of the European Union (effective 1 July), and temporary visa exemptions in Albania, for nationals of some GCC member states (effective between June and September 2013). It does not reflect the new visa regime in Senegal (effectively enforced from 1 August);