The report used information collected at the Girls’ Day-Mädchen-Zukunftstag where young girls both German and non-German were asked about their career plans.

At the event, the girls were asked which professions they would like to work in

It was also shown that many chose professions based on the income. 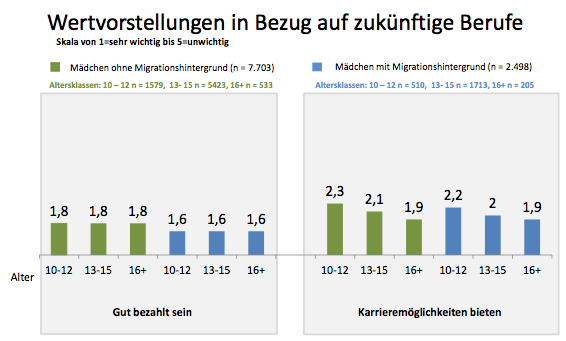 Very few girls could imagine themselves working in MINT professions. 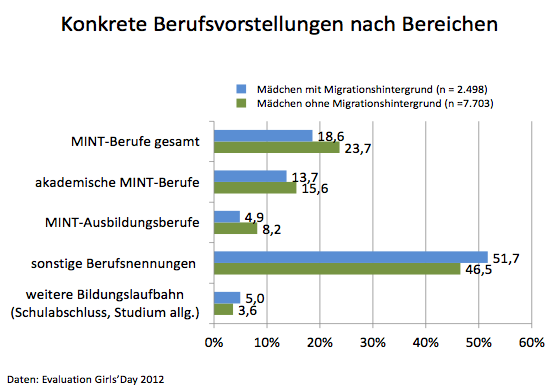 Age also played a huge role in the kind of Ausbildungen these young girls prefer. 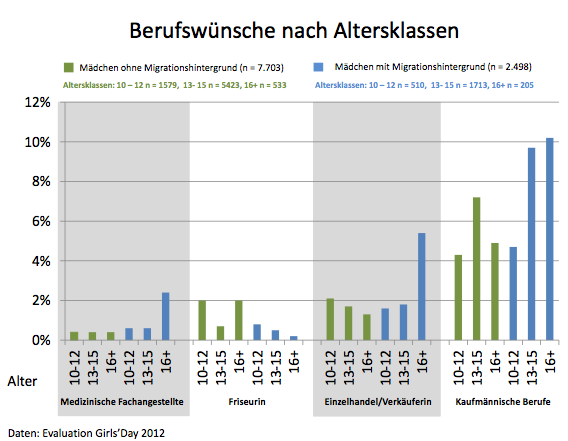 Children in different schools also had different views on which Ausbildung to take up. 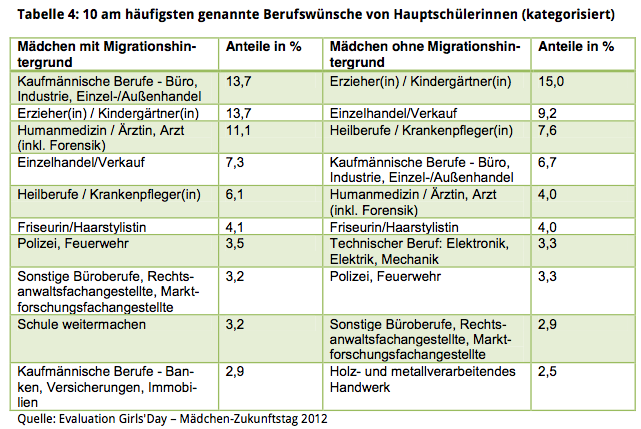 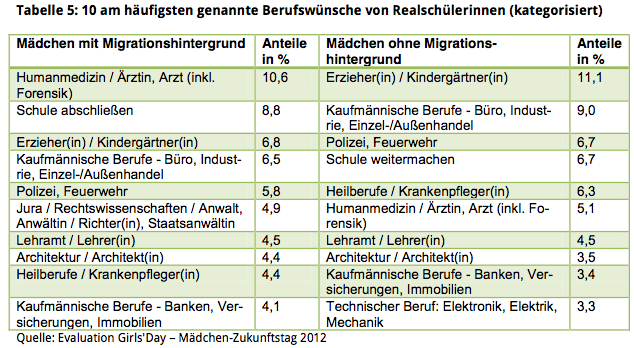 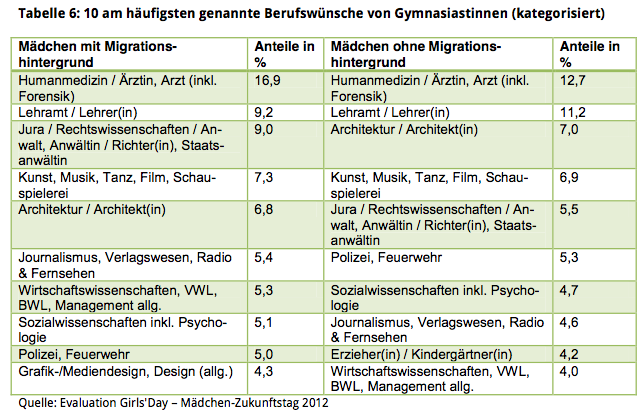