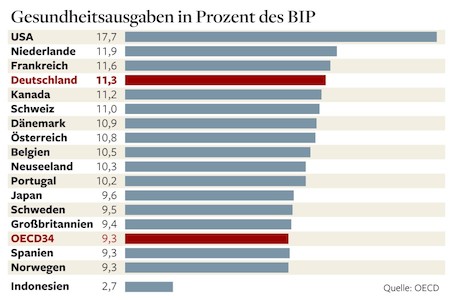 According to a 2013 study carried out on the health systems in Europe and other parts of the world, Germany ranked very well. Not the best but definitely above average. 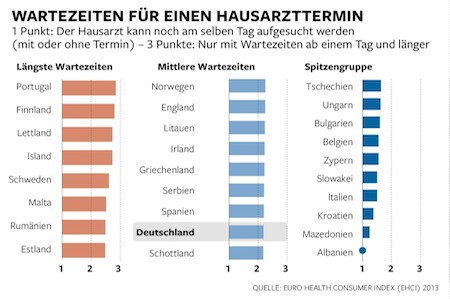 In the world ranking, Germany ranked fourth behind the US, Netherlands and France in the amount the country allocated to the health sector. In Europe they looked at how long patients have to see the doctor. Germany didn’t make it to the top and was ranked in the average group together with Norway, England, Litauen, Ireland, Greece, Serbia and Spain in which a patient had to wait more than two hours on average. At the top of the ranke were Czech, Hungary, Bulgaria, Belgium, Cyprus, Slovakia, Italy, Croatia, Macedonia and Albania where the patients would wait a little over an hour. In Albania patients wait an hour on average. On the other end was Portugal where patients wait close to three hours.

The last comparison was also within Europe and focused on the number of hospital beds and number of patients admitted to hospitals per 1000 inhabitants. 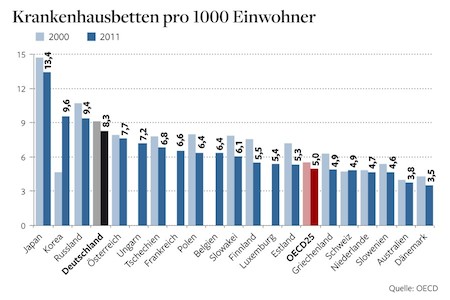 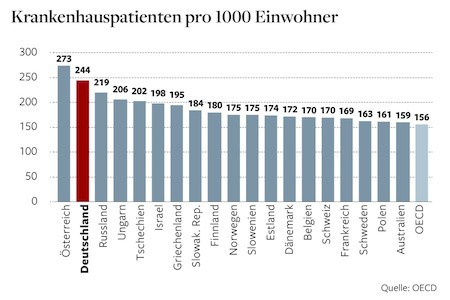