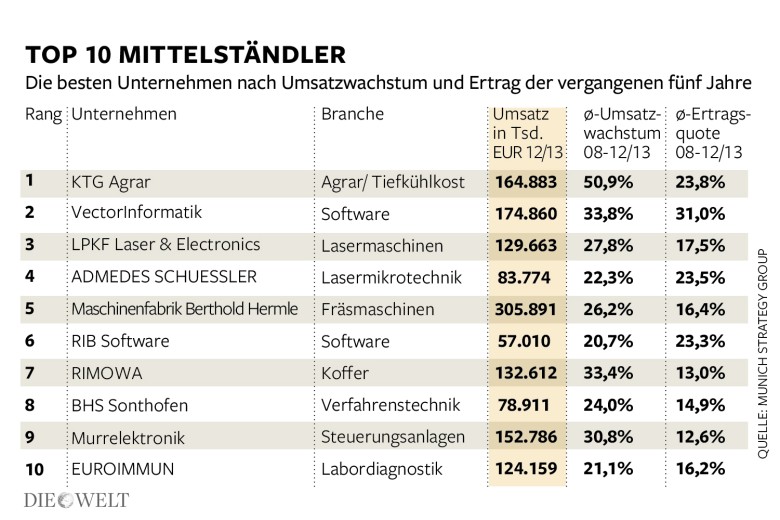 So you’re looking for a job and coming from Kenya, you know Siemens, Unilever, VW, BMW, but none of those are offering jobs and you definitely want to work for a “recognisable” company.

The German economy is supported mainly by the medium sized companies (der Mittelstand), meaning there are more of them there are of well known huge companies. They are definitely a great bet if you’re looking for a job.

According to the Munich Strategy Group (MSG), these are the top 10 Medium Sized companies in Germany. The ranking only includes companies with an annual income of between 15 Million Euro and 400 Million Euro. Seems even in Germany Agriculture is in, the top company on the list, KTG Agrar, is involved mainly in agricultural products.

Their ranking was actually for Top 100 Medium Sized companies in Germany and others that made the list include:

Location was also everything for the ranking. Seems majority of the successful medium sized companies in Germany are in Bayern and Baden Württemberg, among the top 100, 48 were from these two federal states. Only 3 Eastern were represented in the top 100, namely Berlin, Sachsen and Sachsen-Anhalt, each represented by 2 companies.

Where to Learn German in Kenya