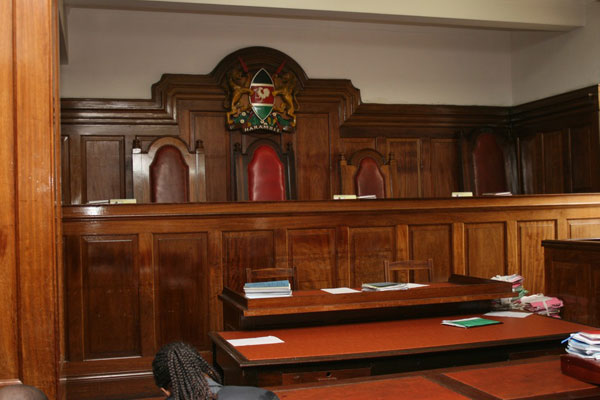 A Kenyan teen visiting Kenya from Switzerland has found himself on the wrong side of Kenyan law and could be facing a minimum of 10 years imprisonment over a silly joke.

A Kenyan family based in Switzerland traveled to Kenya to visit with relatives and relax. The Kenyan man and his Swiss wife, took along their 13 year old Kenyan son. The boy is from the father’s previous marriage.

During the visit, a silly joke turned sour. The young boy with some of his friends went visiting across the Kenyan border into Somalia, which was meant to be a harmless visit. Later when the boys returned, the 13 year old was heard claiming “I’ll kill you all”. Whether he actually meant what he said or meant it as a joke, nobody was laughing and he soon found himself behind bars.

The couple is now stranded in Kenya not sure how to get their son out of prison.

According to Chapter 21 section 223 (1) of the Kenyan penal code, “Any person who without lawful excuse utters, or directly or indirectly causes any person to receive, a threat, whether in writing or not, to kill any person is guilty of a felony and is liable to imprisonment for ten years.”

With the recent history of attacks in Kenya, the police aren’t taking any chances and risking a potential attack. Even a harmless act like a joke or a stranger taking pictures can land you behind bars. A German priest found himself being held in police custody for taking pictures with no permit. (READ: German Priest Mistaken for a Terrorist During Visit to Kenya)

Another Kenyan Swiss has been in Thailand since December last year after he is alleged to have made a joke about being a terrorist in a flight in the country. (READ: Kenyan Swiss Entrepreneur Arrested in Bangkok Over a Bomb Joke)

Kenyan Stabbed in the Neck During an Argument in Potsdam