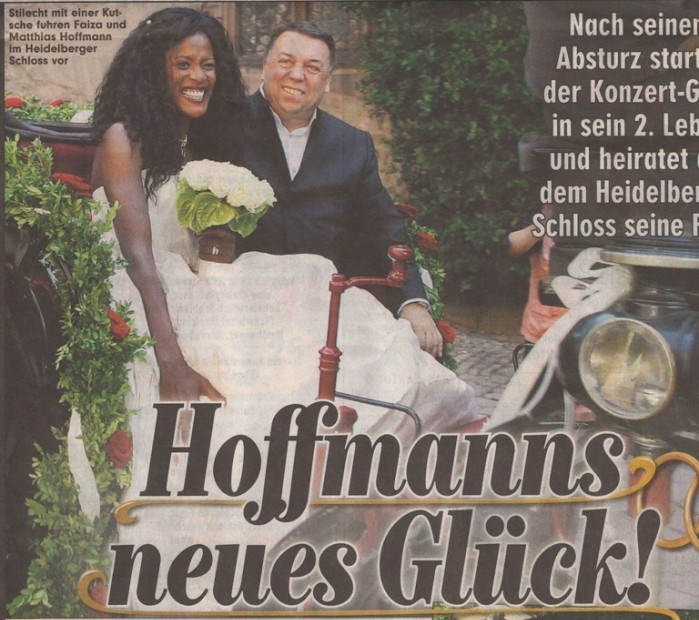 The German media are calling it the “Hoffmanns Erzählungen” (Hoffmann’s Tales).

The showbiz genius, Mathias Hoffmann and his Kenyan wife, Faiza, are in court again. This time it not only has to do with their previous project and business Afrika GmbH but also their latest venture, Cotton Club Dinnershow GmbH that they started late last year.

The prosectors in Mannheim are now looking into the couples business and investigating whether or not the couple should be still running their companies or should have filed for insolvency. According to the first prosecutor, Peter Linz, there is suspicion that the couple is bankrupt. On enquiry, Mr. Linz said: “Under investigation is the company Afrika! Zirkus- und Veranstaltungs GmbH  & Co. KG from Mannheim and two other people. The investigations were initiated by a report from a former employee who had not received their salary”.

The first results from the investigation are expected in the coming weeks. Only then can it be decided whether the investigation shall extend to the accusation of infidelity or the proceedings shall be started. Overall, according to prosecutors the process involves a six-figure sum.

Another project by the Hoffmanns was the Cotton Club, a dinner show, which was offered in Frankfurt and Munich. The Cotton Club – a mix of a restaurant and a circus – started on 6th of November 2014 in Munich and featured the famous TV chefs Stefan Marquard and Holger Stromberg but by the end of December it was shut down. According to a press report by the Süddeutsche Zeitung, The Cotton Club GmbH filed for bankruptcy in early January at the district court.

Similar to the Afrika! Zirkus- und Veranstaltungs GmbH, some of the Cotton Club GmbH bills are yet to be settled. “We have received three applications from customers of the show who had bought tickets to the show that will now no longer take place. The third was a notice issued by a creditor.”

Whether investigations will be initiated for the Cotton Club GmbH as well is still unclear.

On being asked about people always suspecting him of being bankrupt, Mathias Hoffmann confirmed that he knew that after his last court process, it was inevitable for people to immediately go to the prosecutor once they believed that he (Hoffmann) or any of his companies couldn’t pay them. He maintained that his company isn’t bankrupt.

The Afrika GmbH was last year involved in a court case for not paying salaries and donations they promised charity organisations including Auma Obama’s Sauti Kuu Foundation. (Read: Kenyan-German Business Couple in Court Over Unpaid Salaries).

Faiza C. Hoffmann, a Kenyan who formerly lived in Canada and relocated to Germany in 2008,  acts as the CEO of both their companies the Cotton Club Dinner Show GmbH & Co. KG and Afrika! Zirkus- und Veranstaltungs-GmbH & Co. KG. There have been allegations that she is simply a cover for her husband’s actions. According to a former employee, Wolfgang Klauke, Faiza only runs the companies by name while all decisions are made by Mathias. (Read:Kenyan Behind Multimillion Euro Production)

Mathias Hoffmann formerly known as Impresarios Matthias Hoffmann started his first company, Hoffmann Konzerte, (Hoffmann Concerts) while still at the University. The company organized numerous concerts with world renowned stars including, José Carreras, Plácido Domingo and Luciano Pavarotti. In 1998, he was sentenced to 5 years 8 months imprisonment for tax evasion (22 million Deutschmarks) and fraud. He had paid foreign stars that performed at his shows without deducting taxes thus defrauding the tax office of millions of Deutschmarks in income tax. After 30 months, he was released from prison.