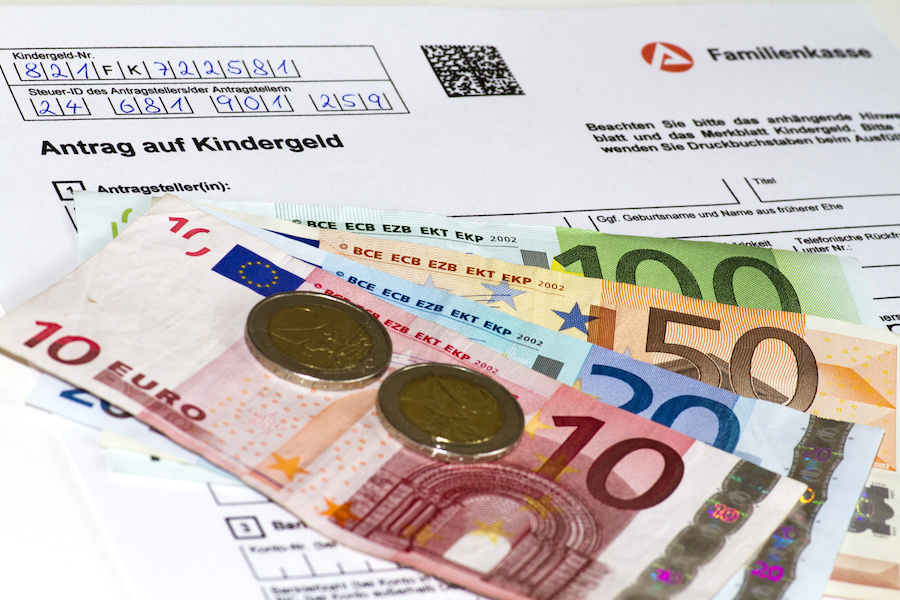 Even children who are over 18 years old are entitled to child benefit (Kindergeld) if they are in the school in their first vocational training or at the University studying for their first degree.

However, the student/Azubi has to apply for it directly from the Familienkasse. A few things one would need to keep in mind are:

The Familienkasse will regularly check to ensure that the student/Azubi is actually pursuing their studies/training as stipulated. They may ask for evidence that one is attending classes and for situations e.g. University where there is no register, one might need to send a copy of the Immatrikulationsbescheinigung to the Familienkasse.

As a student/Azubi receiving Kindergeld from the state, it is also possible to undertake jobs for extra income. However, there is a specified income limit one should not exceed. In 2013, the limit was €9000 annually. Exceeding this amount will mean that the student has to repay the Kindergeld paid out that year. A mini-job or the €450-jobs falls below this limit and are considered ok.

For a job that goes on the whole year, then the Familienkasse approves jobs that require at maximum 20 hours a week. However, exceptions are made for:

When the student/Azubi hits 25, then the Familienkasse stops providing Kindergeld regardless of whether they will have graduated or not.