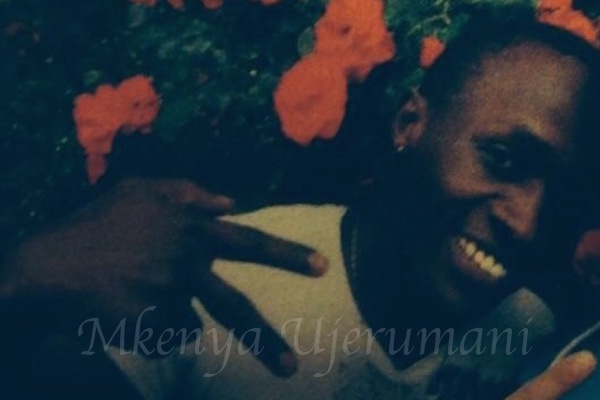 Yesterday we shared the story of the of the Kenyan who passed on in Düsseldorf.

A recent picture of the young man and further details were sent to Mkenya from reliable source to help simplify the search for the man’s family.

The young man has been identified as Philip Gathogo Kariuki, he was 21 years old and is believed to have originally come from Molo. He was an asylum seeker living in Düsseldorf where he was also attending therapy sessions. He is believed to have been a victim of the 2008 post election violence that took place in some regions in Kenya.

The city of Düsseldorf is looking for his next of kin, failure to which he will be buried on Saturday (yes, this Saturday 10th of January).

Some sources claim he has a sister in Germany, the claim states that she used to live in Essen and later moved to Bielefeld.

Philip passed on last week Thursday, on the 2nd of January, after he jumped in front of a moving train at Düsseldorf Benrath.

Anyone with more information, on his family’s whereabouts or contact details can get in touch with Mr. Wamela, head of consular at the Kenyan Embassy in Berlin at:

In case you would like to get in touch with the embassy during after hours or on the weekend, use the emergency number 0170-5653817