The Düsseldorfer Tabelle has been the SI Unit for child support in Germany and in 2015, there is an updated version that is to the advantage of the fathers or mothers that will be paying child support.

The “Düsseldorf Table” is published in coordination with other regional courts and the German family court. It regulates child support allowances for children whose parents aren’t together. It stipulates the monthly amounts to be paid and may vary depending on income. (Read: Child Support and Laws Governing it in Germany)

The new Düsseldorfer Tabelle will ensure that the parent paying child support is able to support the child as well as retain enough money to support themselves. This essentially means that if one has several children and has to pay child support for each, then the children will have to split the allocated amount without touching the parent’s portion, this will be a disadvantage to the child(ren). (Read: Child Support: Who pays for a child’s education?)

“If child support has to be paid to several beneficiaries, the beneficiaries (children) might get less maintenance”, the presiding judge, Jürgen Soyka said during the announcement.

For employed parents, the Selbstbehalt (amount they may retain for themselves) has been increased from €1000 to €1080, while for the un-employed it increased from €800 to €880. The Selbstbehalt may also be increased in cases where the parent meant to pay child support shows they can’t find an apartment with the rent allowance allowed by the Düsseldorfer Tabelle. (Read: Can a German Father be Forced to Pay Child Support for a Child in Kenya?)

This is also not good news to the public coffers because when the existence minimum of the parent paying child support is reached, then the Sozialkasse will have to pay the child support instead. 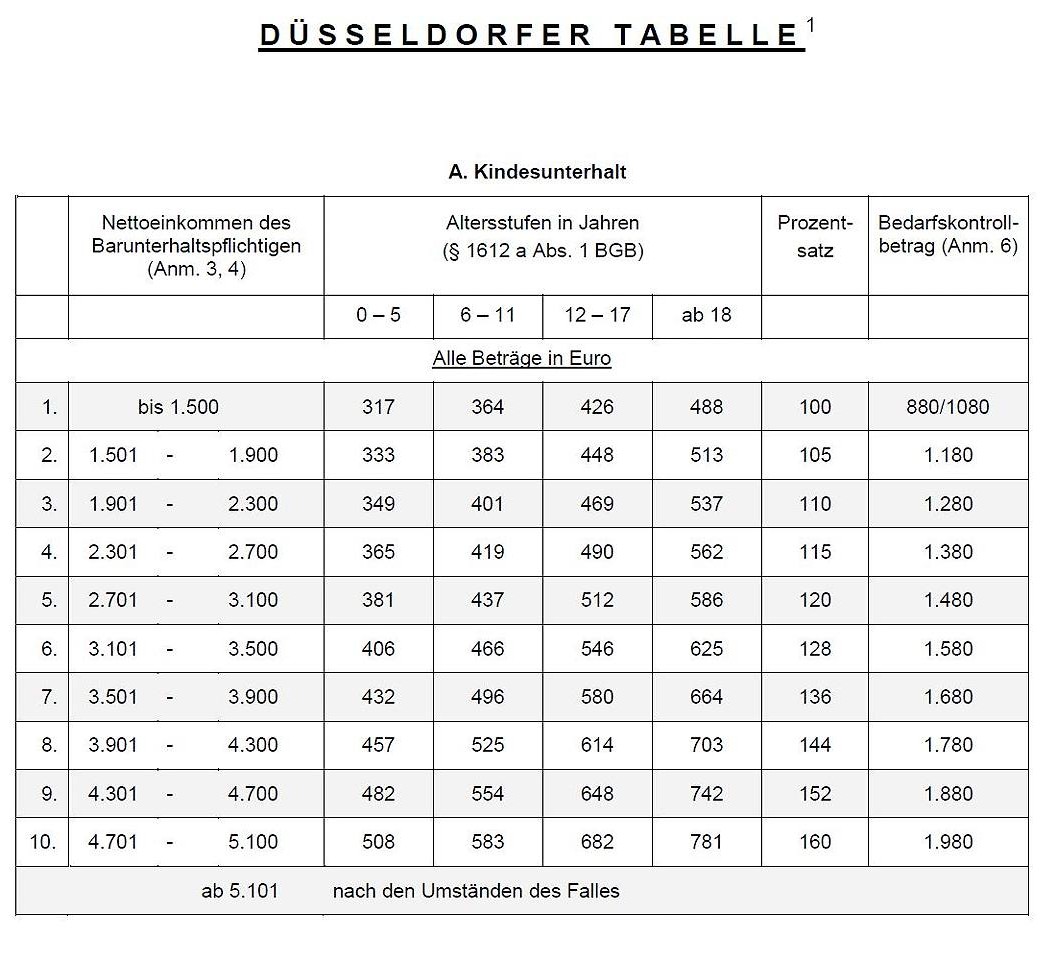 Extra allowance for the first and second child 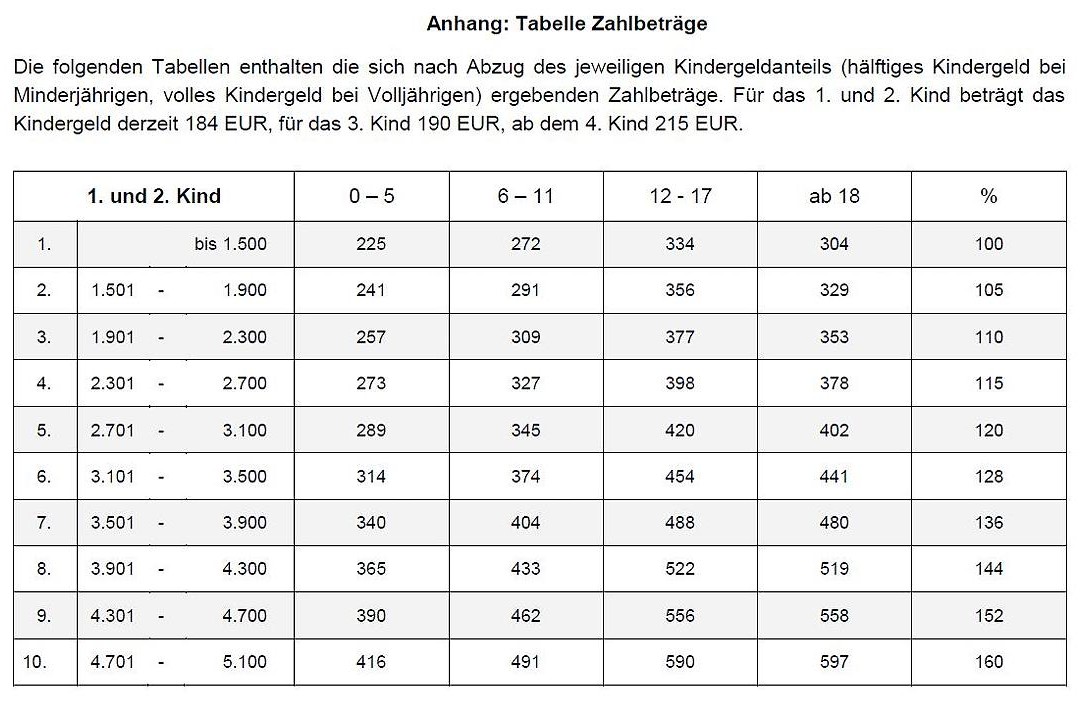 Extra allowance for the third and fourth child 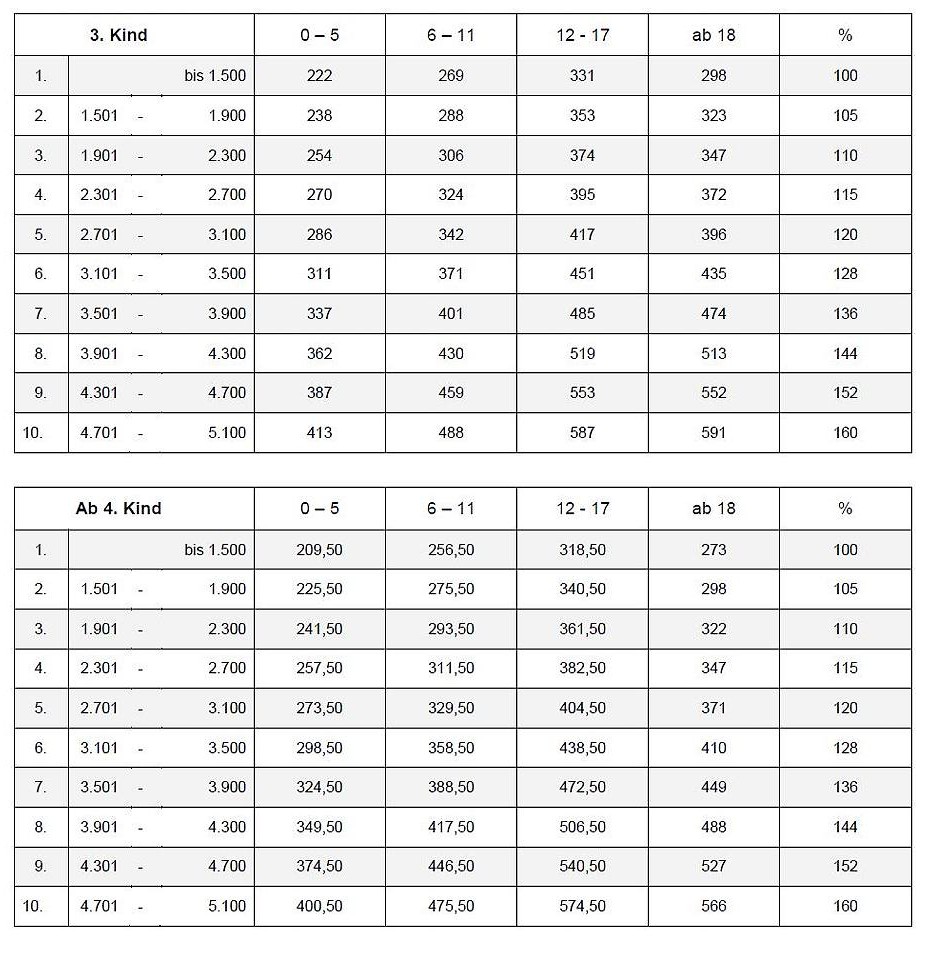 Child Support: Who Pays for a Child’s Education?