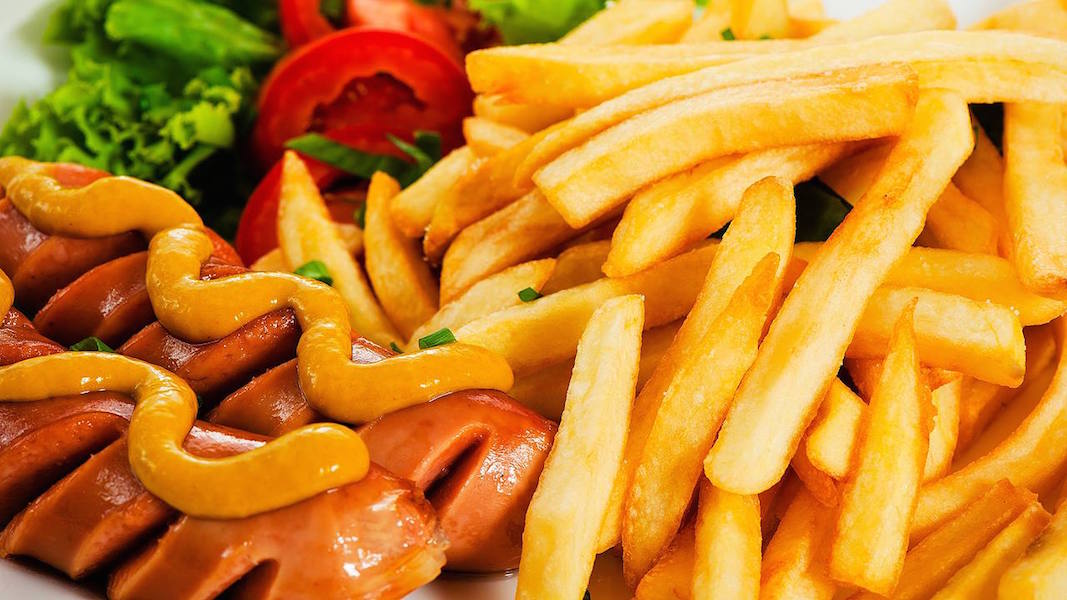 Do you live to eat or do you eat to live? Whichever you choose, you might be shocked to know that food can literally be the end of you. Although we need food to live, some foods are actually capable of killing you, especially those we love most. So here are a few foods scientists from the German Cancer Research Center (Deutsches Krebsforschungszentrum.) are warning us against, due to the high risk of getting cancer for consuming them.

Hot dogs contain nitrates which are used to conserve the meat and give them the pink colour. Nitrates on their own aren’t dangerous but when combined with amines, they form Nitrosamine which has been found to cause cancer. Nitrosamine are formed in acidic environments e.g. in the stomach.

By frying the potatoes, acrymalide is formed. Acrylamide is found in all carbohydrate foods that are heated to high temperatures. The body breaks down the material into glycidamide, which may be responsible for a genetic change which causes mutating of the cells that in turn increase the risk of tumors.

However, acrylamide is not the only danger that lies in the fries and crisps. Since they are often fried in hydrogenated fat, transfats are formed and may end up in the fried food. Transfats increase the risk of cancer, albeit indirectly. They accumulate in parts of the body  that are actually intended for healthy unsaturated fats. This causes the body to never really feel tired, which often leads to weight gain, which in turn increases the cancer risk.

Donuts like fries contain both acrymalide and trans fats. In addition, they contain high contents of sugar and fat which cause weight gain.

Burnt fat can make grilled meat a large health risk. Fat from the meat drops on the charcoal and burns to produce benzopyrene, which in turn can contaminate the meat with smoke. Benzopyrene is one of the polycyclic aromatic hydrocarbons (PAHs), which have been found to be the main cause of stomach cancer. A solution to this to have a film between the charcoal and the meal being grilled, or the choice of a lean type of meat with less fat.

The burned salami on the pizza may also contain hazardous hydrocarbons and pose a similar risk as grilled meat.

Another big risk factor is mold, no matter on what kind of food. Mold has been found to be carcinogenic. Not only are the mycotoxins carcinogenic, but may also cause damage in the nervous system and in the genes.

Susanne Weg-Remer from the Cancer Information Service advises therefore, ” Discard all moldy food and do not try any “rescue attempts”. The mold spores usually distribute very fast. Cutting away a small piece therefore rarely helps much”.

At this rate, I think we should all convert our diet to water and lettuce. But we can change the diet next year after Christmas ama?